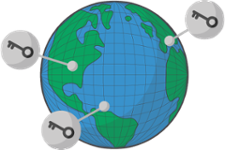 International Discovery: Why It's Tough and How to Deal

e-Discovery is complicated enough when data is limited to one language, located in the same jurisdiction, and only one nation’s rules apply to the matter. But in an increasingly globalized business world, that scenario is becoming more of a unicorn—and more legal teams find themselves needing to balance multijurisdictional matters featuring scattered data sources in several languages.

During the International Panel at Relativity Fest 2019, speakers discussed the myriad ways in which these complications are making e-discovery more painful—but also the strategies teams can implement to manage them as effectively and painlessly as possible.

This is the second in a two-part series covering the insights they shared with attendees. Read the first post here. This time, let’s take a look at the practical challenges of international matters.

Panelists agreed: the way to keep international e-discovery as manageable as possible is to keep proportionality at the forefront of your mind (and your arguments) at all times. But that’s easier said than done.

“If you’re asking for information from pharmaceutical company, do you need to know eye color when the case involves blood pressure medication—or can you minimize data because it’s enough to say the patient was a woman age 45-50?” Meribeth asked, echoing the importance of specificity in these matters.

“I think it’s smart to triage and use rolling discovery,” Kelly added. “It’s particularly important to do that with international data, but it’s always important. You so often hear ‘I want to see it all.’ But we need to make these proportionality and scope arguments always in international discovery, and also often with local discovery.”

Finding opportunities to keep data volumes narrow and focused from collection onward is immensely helpful in large cases, whether you’re working with international data or not. Proportionality can also be a motivating argument for employing more sophisticated technology, including technology-assisted review (TAR).

“We definitely use proportionality arguments to support the use of TAR,” Kelly went on. “That comes up in my daily practice.”

Conflicting regulatory requirements around where data is stored, who can access it, and how it is moved for litigation breeds headaches that cross international borders.

What’s neither prudent nor realistic, in these cases, according to Judge Peck, is trying to store and organize data in such a way that it is precluded from becoming involved in US cases.

“It would not go over well with a judge to see a company park their data in a different jurisdiction to get it out of US court jurisdiction,” he cautioned. “It’s complicated enough when this sort of action isn’t taken.”

Parties can do their best to comply with international requirements, though, by saving international discovery for last, when it’s an option.

“In Da Silva Moore, I recognized that getting the data from the president of a subsidiary located in France was going to create problems. So I told the parties we could push that off and worry about it down the road—we had enough time in this class action case and enough US discovery had to occur, so we could leave the documents in France alone for a while,” he explained as an example. “Lo and behold, before we had to circle back to that, the case settled. It’s an approach you can suggest to the court in your cases.”

Manfred added that getting creative with technology solutions can also help parties be more adherent to local data laws. He explained a case in which his team used locally deployed instances of Relativity in tandem to run a TAR project without transferring data across firewalls.

“It was a fascinating lesson in dealing with a foreign corporation that did business in the US but was extremely sensitive about their data, who saw it, and where it went,” he said. To ensure everyone was on board, Manfred’s role in the case was to “work with US regulators to explain the process and give them confidence in the results.”

Chris applauded this proactive and collaborative approach: “Having somebody on hand whose job is to explain to the client, regulator, or court what you’re doing, why it’s right, and what the other factors are is one of the most important elements of these cases.”

Manfred conceded, though, that there isn’t always sunshine to be found in the gloom of conflicting international requirements.

“Sometimes you might have to decide: ‘Am I going to not comply with US laws or German laws?’ and you might have to find a messy compromise,” he explained, “which might involve reviewing more data in the US than you would’ve liked.”

Other complications inherent to handling international matters include workflows for managing multilingual data and the nature of privilege around the world.

“We’ve been pretending that all data is in English around the globe. We haven’t really addressed the big problem that, as US lawyers, it’s not always comfortable to deal with Japanese, Chinese, French, or German documents,” Manfred pointed out. “On the practical side there’s significant advancement in how we handle this data; it’s still painful, but it’s better.”

He suggested agreeing with opposing counsel on the use of machine translations—with the option to escalate important documents to human translations where necessary—as a cost-saving effort that can still get teams the basic information they need. Meribeth cautioned, though, that machine translations may offer limited value when it comes to discerning the true context of data—so caution and close scrutiny may be key in these cases.

Manfred also asserted that TAR is a viable option for foreign language data, though not many legal teams may be aware of it in this context: “This technology works much better on foreign language data than most people would assume, because the system looks at it mathematically. I’ve run predictive coding on data that’s 80 percent Japanese and it’s worked really, really well,” he said. “Or so the people who speak Japanese tell me.”

The panel also noted that privilege laws differ around the globe, so attorneys need to be cautious in explaining where privilege does and does not apply in their international matters.

The Bottom Line: Know What You Don’t Know, Then Learn It

The panelists agreed that a few key practices can help case teams manage international e-discovery more effectively, namely: identifying multijurisdictional considerations for your matters (and keeping them at the forefront of your strategizing), and using technology to address those complications in whatever creative ways possible (and bringing in the right experts who can consult on those solutions).

Put simply, international e-discovery is not unlike any other organizational challenge in that it all comes down to mastering the most reliable triangle in business: people, process, and technology.