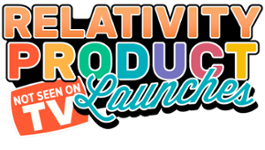 This satirical blog post and its product references were created for kCura's April Fools' Day 2017 celebration (which is a bummer, because Napster-Relativity jam sessions would be awesome).

Software companies all face the same constant challenge—putting out new products and updates that really meet the needs of their customers at a given point in time. Granted, some new releases are more memorable than others, but they’re always a lot of fun.

This year, we wanted to share a few of what we’d consider the most unforgettable Relativity product releases we’ve put out there.

It was still the early days of discovery, but with the success of video game arcades throughout the globe, it was evident that gamification was just around the corner. With the release of the Relativity 2600, legal professionals around the world could access Relativity on a home gaming console, reviewing and analyzing data while “discovering” hidden levels and bonus points. Not only did the Relativity 2600 make discovery fun, but it led to legal teams everywhere finding themselves addicted to classifying documents. 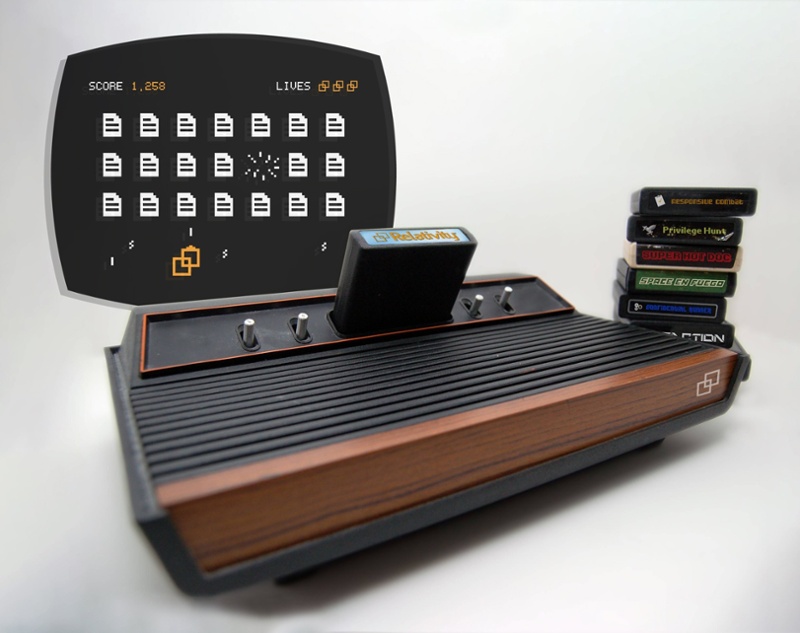 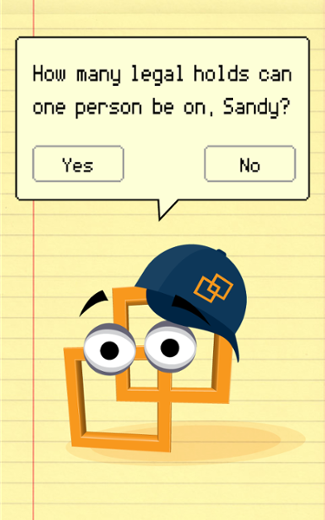 In the early ‘90s, Stanford University published some compelling research that showed that the part of the brain engaged when using a computer is the same part responsible for emotional interactions with other humans. Thus, the personal Relativity assistant was born: Relatimothy. A walking, talking, smiling pair of Relativity boxes, Relatimothy would pop up only at the most important times while working on your case in Relativity. “Looks like you’re dealing with IP infringement,” he’d share, helpfully. “Would you like to use a template?”

As fun as Relatimothy was, early feedback showed users closing Relatimothy within an average of two seconds of him popping on screen. Too helpful? Probably.

We’ve always seen Relativity as an open platform for connecting with the most relevant third-party software—like Slack, EnCase, or Office365—making it easier for customers to pull in and start analyzing the data that’s most important to them. So, when peer-to-peer file sharing service Napster roared onto the scene in 1999, it seemed like a no-brainer to bridge the two solutions.

The integration picked up quickly, with the e-discovery community realizing how much more fun document review could be if paired with the latest Metallica or Limp Bizkit. Of course, a few lawsuits later, Napster liquefied its assets, a bunch of Napster integration audit records found their way into settlement hearings, and the integration lost popularity faster than Mambo No. 5.

With so many Relativity certifications available, we had created a team that was awesome at researching, developing, and qualifying certifications for Relativity users around the globe. It meant we had an opportunity to use that skillset to expand our reach.

That’s when the food conversation really took off. With Morgan Spurlock’s Super Size Me causing ruffles across the fast food industry and a massive pro-health movement at its heels, there was a huge demand for teams that could quickly create certification programs for food manufacturers. The Relativity Certified Angus Beef Patty was born, with a certification exam that included everything from multiple choice questions to hands-on exercises—all at knowledge levels ranging from advanced to super-advanced. 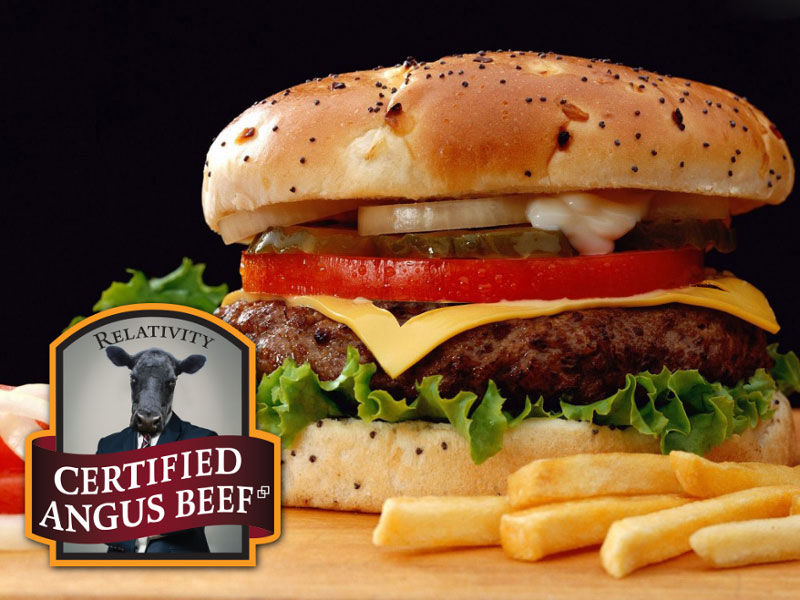 In 2010, we introduced our first-ever user conference in Chicago—Relativity Fest, a place for the e-discovery community to come together, share ideas, learn with one another, and have a good time doing it. With so many legal and tech professionals in one place, there are always ample opportunities for like-minded individuals to find each other, whether formally (like last year’s obstacle course challenge by our friends at Altep) or informally (like in the community pavilion).

One of our first formal attempts to bring together the folks dealing with the nastiest data processing challenges was our “bring your own hard drive” social event. Some of our customers were stuck carrying these devices around with them anyway, so why not bring them all together over drinks? Unfortunately, a massive mix-up at coat check caused a few issues for looming deadlines, and kept this social event out of future Relativity Fests.

With more than 150,000 users in Relativity in a given month, that’s a huge captive audience of legal professionals who have needs of their own outside e-discovery. To better connect those products to our users, we introduced Relativity Native Ads in 2013. As users reviewed documents, sometimes a document would come up that seemed unrelated to the case at hand. Is it simply an unresponsive doc? Nope. It’s a thinly veiled ad for office supplies.

Two years ago, we finally found a way for our customers to bring their work to family game night with the Relativity board game. From Collection Castle to Production Mountain, the whole family can now experience an e-discovery project from beginning to end.

The game hasn’t flown off the shelves like we’d hoped, but an April release took it out of contention for the Christmas season and being the next Tickle Me Elmo. Of course, Easter is just around the corner. Just ask the cashier at your local department store to point you to the e-discovery section. 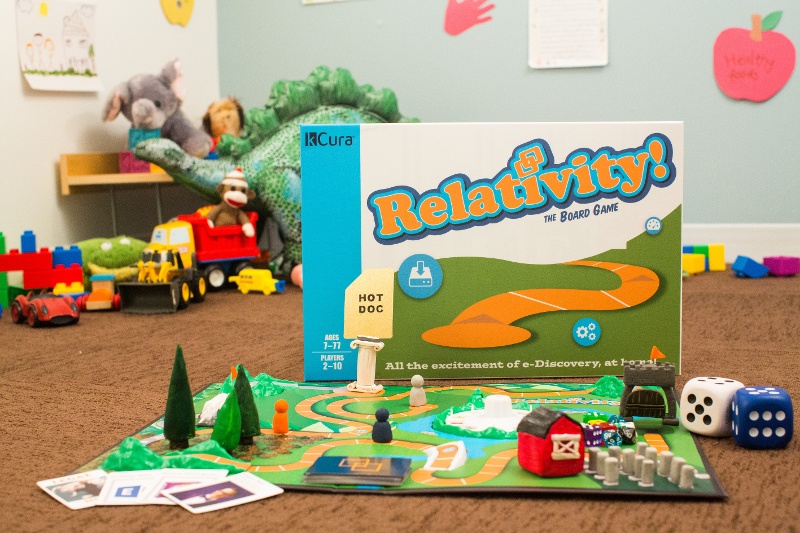 Shawn Gaines is director of marketing communications at kCura, where he guides content strategy, PR and analyst relations, social media, and brand messaging.