Stumbling into e-Discovery: Professional Stories from the Community 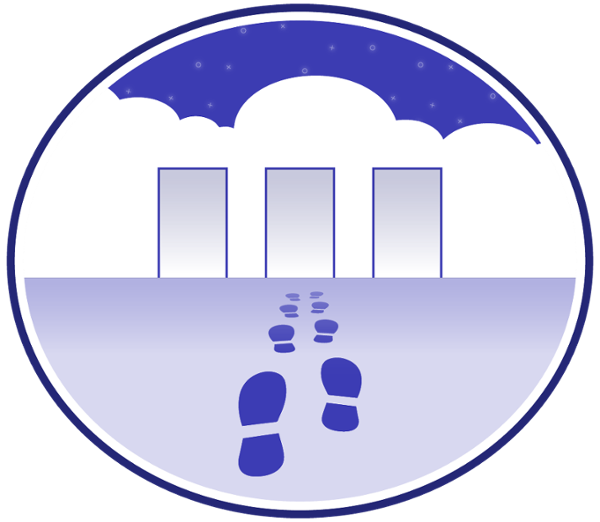 Imogen Fraser-Clark, a marketing manager at Altlaw, has always loved creating and sticking to a plan. From an early age she dreamed of becoming an actor and planned to earn a teaching degree to enable a more stable job while also working in the arts. However, listening to her instincts turned out to be the best thing for her plan—even if they completely changed it, which is why she ended up studying physics after discovering a love for mathematics and science in high school.

The plan for Steven Facer, COO of Altlaw, was less formulaic when he left his home country of New Zealand to travel the world. He admits that his travels through Europe were driven by his desire to go to the Rugby World Cup, hosted in the UK. But to get there, he needed a job, which coincidentally led him to e-discovery.

I relate to Steven and Imogen a lot, as a fellow theater nerd and rugby enthusiast (thanks to my brother, incidentally also named Stephen), but also as someone who did not intend to end up in the e-discovery space. Like Imogen, I planned to work in the entertainment industry, which is about as far from e-discovery as you can get. But then the reality little pandemic changed the world and mine.

So how do a physicist with a passion for theater and a Kiwi world traveler with a love for rugby find themselves in e-discovery? Recently I sat down with Imogen and Steven to learn about their unconventional journey into the industry or, as Imogen puts it, how they “stumbled into e-discovery.” Read on for a transcript of our conversation.

Imogen, your LinkedIn bio says “rocket scientist passionate about e-discovery.” First off, I love that. Second, please explain what this means.

IFC: (Laughing) Yes, I think it sums me up and is always a conversation starter. After taking my General Certificate for Second Education (GCSE), I discovered a passion for math and chemistry and chose to pursue a STEM degree studying physics. Growing up, I wanted to be in the arts, but I really fell in love with physics and wanted to continue learning all that I could about it.

Theater and physics are two very different fields. What drew you to studying physics?

IFC: It’s such a diverse subject so it’s great to study if you’re not sure on what to focus. I was drawn to the challenge of having to be able to present complex ideas in a way that anyone can understand. It’s such an unexpected way to strengthen your social skills. While I was studying, there were only three women in the entire course, and I was quite proud to be in a field where being a woman is not common. And I can’t lie—I love data and numbers.

Wait, back up—there were only three women in your program? What was that like? That had to be intimidating.

IFC: Yes, only three of us. I had those moments of questioning at the start like, “Will I be respected and taken seriously?” But I found very quickly that everyone, especially the other women, is there to support your growth and knowledge and want you to succeed. You can’t study something like physics and expect to be an expert on your own. It takes all kinds of people to fully immerse yourself in the world of science. And it’s rare to see a woman in science putting down another woman because there is a common ground to be shared in being in the minority. I felt empowered because it meant we were actively pushing the boundaries of what is possible or typical in the field. Plus, the women you meet along the way are fiercely protective of other women and have such strong character because they have had to work hard to get to where they are.

That kind of encouragement really means so much.

IFC: Yes, and it’s important to pay it forward. Creating a safe space for women has always been important in my life.

What are some of the ways you create those safe spaces and pay it forward?

IFC: I volunteer as a Girl Guide and mentor students by helping with their homework and encouraging their curiosities, particularly for those interested in STEM. I believe ignoring the female perspective does a disservice to everyone, not just women, so I’m always trying to amplify young voices whenever I can.

I think you and I could talk female empowerment all day, but I am curious about your transition to e-discovery. So, you found this love for science and pursued it—yet toward the end of school, you took a sales position at Altlaw. Why?

IFC: The pandemic was the turning point for me. The social isolation I experienced made me question if physics was the right field. Studying physics was becoming difficult, especially when I wasn’t working with a team. I felt isolated. As I was drafting my dissertation on string theory and thinking about post-graduate work, I stumbled across a sales position and realized I essentially could get paid to talk to people. Reviewing the description for the sales position made me realize what I missed most during my schooling was connecting and collaborating with others. Even though I was preparing for my dissertation at the time, I knew I needed to listen to my instincts and see what might come from the interview. Two hours after my final grad school exam, I was hired for the sales position at Altlaw.

Moving from physics to e-discovery is a big transition. Were you intimidated to make such a substantial change and move into a different industry?

IFC: Nope! I realized that e-discovery and physics have more in common than you think. Physics is all about problem solving and so is law, just in a different way. Though I’d never heard of e-discovery, I love to learn, and I know how to study.

But you just got done studying!

IFC: (Laughing) Yes, that is very true. But I like to be challenged and I knew this position would challenge me, enable me to grow my self worth and be a positive change for me. My favorite process is discovery, after all. I live by the phrase, “I don’t know the answer, but I’ll find out.”

“I don’t know the answer, but I’ll find out” might just be my new life mantra. Remind me to have you on speed dial when I feel the imposter syndrome kicking in!

After listening to Imogen, it is clear to me why she works so well with Steven, another lover of all things process—or as he likes to say, “going down the rabbit hole.”

Steven, your journey toward e-discovery was unconventional but ultimately worthwhile. How did it begin?

SF: At the start of the dot-com boom, I was traveling Europe and found a job at a travel company. My main responsibility was digitizing physical copies of travel photos to be used in brochures and websites. The entire process was inefficient and very manual. At the time, there was a massive knowledge deficit of the concept of the internet and how we could use it. I kept thinking, “There has to be a better way to do this.”

And was there a better way?

SF: Fortunately, yes. I followed my curiosity down the rabbit hole and used, at the time, this little-known browser called Google to assist me. After a lot of digging and turning the problem over and over, I found an effective and efficient solution to increase productivity. Then I took that solution to my boss and pitched it to him.

How did that go?

SF: He agreed to give my idea a try, and within a month my output was higher than that of everyone on the 20-person team that I was managing at the time. Later, that company went bankrupt, but I was determined to keep travelling. I ended up in a litigation photocopying and scanning job and was presented with the same problem as before: an inefficient and manual process. My job was to take physical copies of emails, scan, and upload them. This time the quantity of data was so much larger than at the travel company. I’m talking rooms filled with boxes of paper! The process of “digital file, printed on paper, and then digitized” wasn’t something I was keen to do again, so I pitched my solution again to my new boss and tried to get him to use a piece of software called Zebra at the time.

Imogen joked that you were the “discoverer before e-discovery.” What does that mean to you?

SF: (Chuckling) Yes, I guess you could put it that way. I remember the light bulb moment when I was describing my work, they told me that the work I was doing was called e-discovery. It really clicked for me that I could sell my knowledge of the software to the middle tier law firms who couldn’t afford the software. I ran with the idea that “paper is dead” and haven’t really looked back since.

At the time, this was all very new and unknown technology. How did you convince skeptics of your work?

SF: Much like Imogen had to do with physics, I had to take complex ideas and distill them into a narrative that makes sense for the more technologically-averse. Lawyers can be risk-averse and hesitant to accept new technology. It all comes down to communication and being able to speak a complex language in simple terms. I love problem solving, so this work has always captivated me.

I recently heard the phrase, “If you want change, you must actively move toward uncertainty.” Imogen and Steven’s stories are prime examples that embracing uncertainty, with curiosity and commitment, can yield incredible results.

It’s great to hear how you both have carved your own paths in this industry. What advice do the two of you have for someone about to start a career in a new industry?

SF: Show up with an appetite for knowledge and put in the effort.

IFC: You set your own limits. If you’re willing to put that work in, you will achieve what you are after. If something scares you, it means it’s important, and you should pursue it. Are you a sponge for new knowledge, one who enjoys sharing that knowledge with others? You might find yourself at home in this program.

Raechel is an administrative assistant at Relativity with a passion for supporting Stellar Women and the arts.

Why Taking Time Off Ultimately Helps Your Team

How Championing Female Leaders' Voices Helped Me Find My Own

In the New Year, Give Work+Life Grace a Try