The Big Chill is Coming for the Commodity Sector 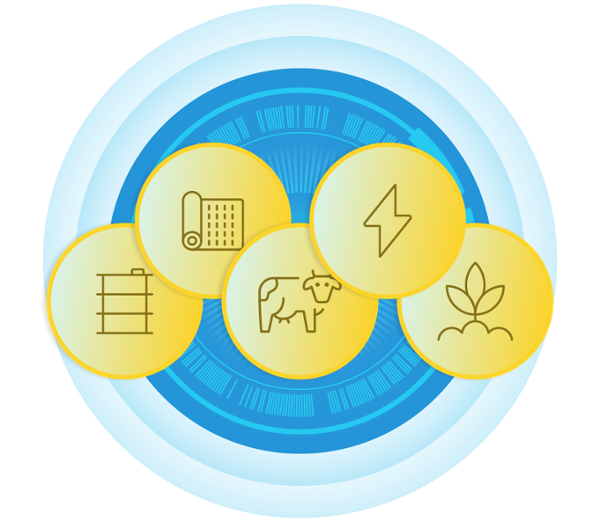 From the recent billion-dollar fine to settle extensive criminal charges against a mining giant, to regulatory bodies announcing new guidance, it’s clear that a new era of personal liability for the commodity trading industry is taking shape. One of the oldest markets in the history of the world, trading commodities like livestock and agriculture has transitioned into trading gas and electricity. And with that change has come a rise of corporate wrongdoing.

The Department of Justice (DOJ) has long argued that prosecuting individuals is the key to deterring white collar crime, and it has updated guidance to do so as part of wider efforts to tackle corruption and misconduct in energy, agriculture, and metals markets. Federal lawmakers have also added a certification stipulation to anti-fraud programs that must be individually approved by senior executives.

The change concerns the Foreign Corrupt Practices Act (FCPA) and will be applicable to any regulated entity that enters corporate resolutions, such as guilty pleas, deferred prosecution agreements, and non-prosecution agreements. A chief compliance officer (CCO) must certify at the end of the term of the agreement that the company’s compliance program is “reasonably designed and implemented to detect and prevent violations of the law … and is functioning effectively.”

The intent is to “empower” compliance personnel, giving them “true independence, authority, and stature within the company” whenever something goes wrong, according to Assistant Attorney General Kenneth Polite. It is not “to put a target on the back of a chief compliance officer,” per Lauren Kootman, assistant chief of the Corporate Enforcement, Compliance, and Policy Unit in the DOJ’s fraud squad.

Similar statements, almost down to the exact same wording, have been made by other DOJ officials and executives from the US Securities and Exchange Commission (SEC) and Financial Industry Regulatory Authority (FINRA), indicating the matter has been coordinated across agencies.

It is of particular concern to compliance staff at commodities trading firms, given the sector’s severe exposure to foreign bribery risks, and likely to further demand for data-driven employee surveillance solutions as the most robust form of defense. The FCPA prohibits corrupt payments to foreign government officials to obtain or retain business, and has been a major tool of the US to target foreign bribery since the Watergate scandal, when several US companies and executives were revealed to be using overseas slush funds for illicit international payments.

Such certifications as laid out by Polite will become commonplace in any Department of Justice resolution in the future, legal experts said, creating further liability burdens for compliance professionals.

The backdrop is a significant rise in both overseas bribery cases and corruption in commodities markets, partly driven by a further push into commodity derivatives market-related enforcement by the DOJ. Traditionally policed by the SEC, FINRA, the Commodities and Futures Trading Commission (CFTC), National Futures Association (NFA), and other market regulators, the move to criminally focused prosecution through the DOJ is a noteworthy shift.

Data gaps in commodity market reporting and murky trading practices have alarmed policymakers, who see echoes of the role shadow banking played in the global financial crisis and want more pressure put on senior managers to avoid a true catastrophe.

Post-2008 rules regarding personal liability for compliance officers in financial services sent shudders across the profession, but ultimately resulted in far superior employee surveillance technology emerging—often powered by AI—that strengthened the CCO’s ability to identify risk much earlier. The so-called “chilling effect” resulted in more resources from supporting organizations poured into compliance in that sector.

The fragmentation and lighter regulation of commodity markets, however, has rarely led to such an intervention from watchdogs until recent geopolitical tensions triggered extended periods of trading volatility. For example, UK regulators complained they have little oversight of grain traded in the US and France while having greater clarity over the sale of energy and metals contracts.

Commodity market activity primarily takes place over the counter (OTC) or privately, off exchanges, and physical production and inventory are, for the most part, unregulated with weak reporting. Taken together, it can be difficult for regulators and market participants to get the full view on a suspect trade and the context surrounding it.

“Market volatility is causing drastically higher and more frequent margin calls, which increase the costs of trading; as a result, many commodity contracts have moved from the exchanges to the OTC markets,” said Cadwalader Wickersham & Taft partner Peter Malyshev. “These trends call for enhanced compliance supervision on both the exchange and clearing side of the markets, and the end user and market intermediary side.”

Nickel prices on the London Metal Exchange (LME) topped more than $100,000 a tonne after Russia’s invasion of Ukraine, with trading suspended for a week in March, prompting investigations from the Bank of England (BOE) and FCA in the UK.

“Due to opacity, fragmentation of reporting, and lack of data in some markets, quantifying the size and scale of these fragilities and interconnections remained challenging, and addressing this globally should be a priority,” the BOE said.

Improvements to data reporting should be coordinated globally to enable enhanced surveillance of these markets, said BOE governor Andrew Bailey.

Industry experts believe the DOJ’s certification requirement and other moves like it could put compliance staff in a difficult position, but that, in turn, it may lead to the adoption of more advanced technology that can help the commodities sector clean up its reputation.

“This approach could discourage qualified candidates from taking these important positions—especially for companies previously subject to enforcement actions which are most in need of strong CCOs,” said Sarah Paul, US head of corporate crime and investigations at Eversheds Sutherland. “At the same time, however, the emphasis on CCO empowerment could lead companies’ boards of directors and/or senior management to devote more resources to making CCOs’ jobs easier and to the compliance function generally.”

There are lessons for the commodities sector in how financial services firms responded to 2008 in regard to compliance; regulatory intervention tends to increase during periods of market instability as bad actors take advantage of uncommon trading conditions.

Firms are proactively responding by implementing advanced compliance solutions that can monitor a wider selection of employees across different jurisdictions and devices. Exponential rises in data generation, from electronic communications to onerous data reporting obligations, mean human surveillance must be augmented with solutions capable of processing enormous tranches of information.

Proactive communication surveillance like Relativity Trace combines cutting edge technology with human expertise to find patterns in structured and unstructured data that indicate signs of potential misconduct by bad actors in the commodity trading space. Machine learning algorithms applied to enterprise data from a multitude of sources such as email, text, and messenger app services, along with audio recordings and video conferencing tools, can find connections that are hidden to human reviewers.

A paradigm shift has occurred in society that has upended work and life with fundamental consequences for commodity markets. The never-ending digitization of systems and controls is giving traders access to more data than ever, and for compliance teams, the same partnership of human expertise and an AI surveillance system is the most powerful way to combat risk and avoid fines. 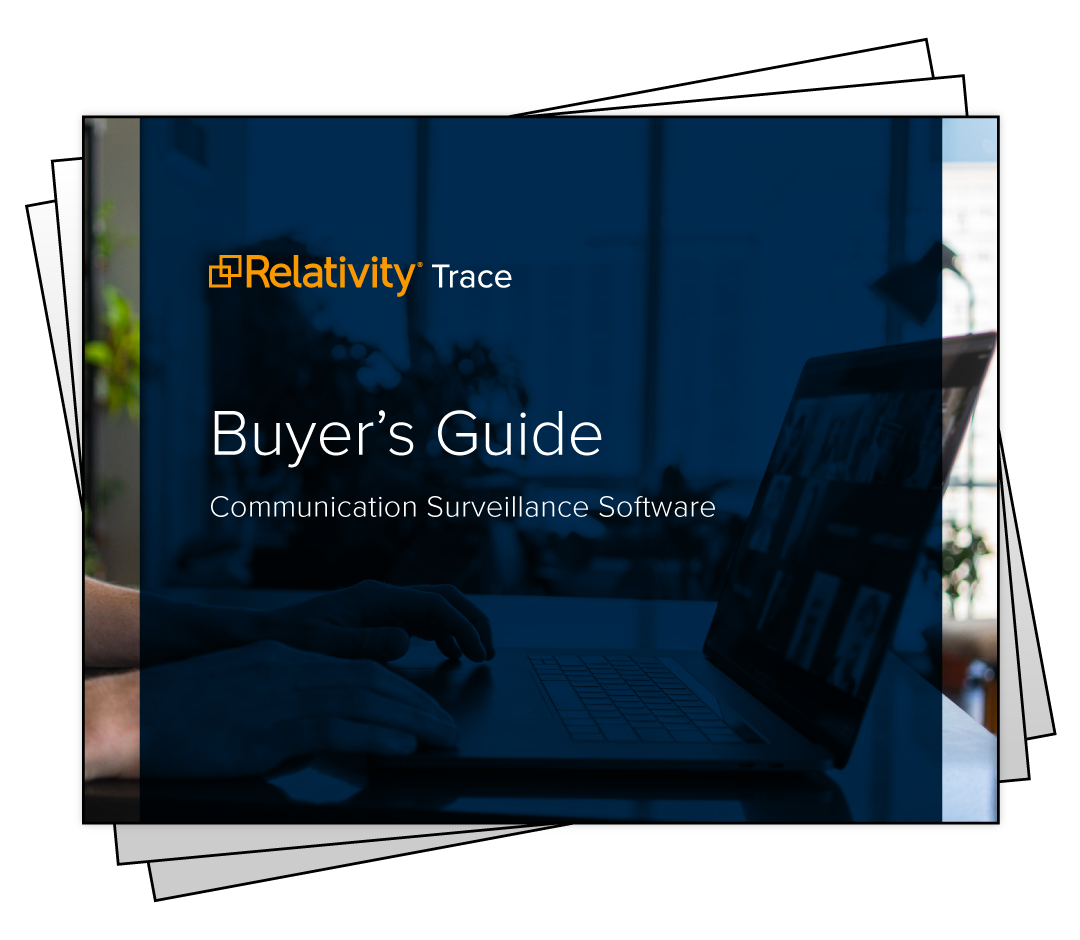 Learn to navigate current trends in surveillance tech and arm yourself with the knowledge required to make a strong pitch for a more advanced solution with your team.

Mark Taylor is a compliance expert and a writer for Relativity.

How Technology Can Help You Meet Trade Reconstruction Requirements