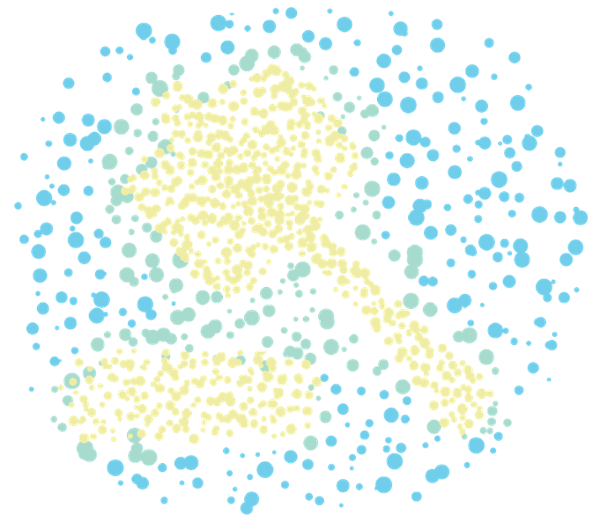 The role of artificial intelligence (AI) within the legal world has been a provocative issue for more than a decade. As technologies continually evolve at an unprecedented speed, relevant, all-encompassing, and efficacious regulations must run to keep up.

At the 2022 Data Discovery Mid-Year Legal Update, Relativity’s Discovery Counsel and Legal Education Director David Horrigan assembled legal luminaries hailing from the Americas and EMEA to discuss the growing impact of AI on the law in our immersive technological climate.

As innovative technologies advance persistently, revised legal frameworks from the European Commission to the American Bar Association are being drawn up to govern their increasing ubiquity.

Under the backdrop of technology-assisted review (TAR), machine learning (ML), and other forms of AI in the legal world and beyond, last year the Europe unveiled proposed new legislation entitled the Artificial Intelligence Act—perhaps the first of its kind to ever attempt to enact a horizontal regulation of AI.

US audiences familiar with the General Data Protection Regulation (GDPR) may have noticed the language used by the European Parliament Committee refers to such legislation as an AI Act, not a Regulation. This prose is simply falling in step with European linguistic fashion, joining the likes of the Digital Services Act and the Digital Markets Act.

Setting aside the semantics of AI regulation, these legal frameworks will have an immediate direct effect on litigators globally: to lay down a classification for AI systems with different requirements and obligations tailored on a “risk-based approach.”

The Role of TAR in the Landscape of AI

The European Commission’s current definition of AI is suitably broad enough to encompass the finer facets of technological advancement, including ML (both supervised and unsupervised), reinforcement learning (using a wide variety of methods including deep learning), logic- and knowledge-based approaches, statistical approaches, and others.

Karyn Harty, partner at McCann FitzGerald, clarified her view on where TAR sits within the wider legal framework.

“I would see it very firmly in the augmented intelligence bracket. One of the key features is that there is a lot of human intervention still with TAR,” she explained. “It is a tool we use to really speed things up, to enable us to do things it would take people a long time to do, but the technology is not yet feeling emotions.”

Harty championed the success of TAR in Ireland, affirming that technologies of this ilk are used daily in practice and have completely transformed how litigants manage large data sets.

This sentiment was later echoed by Kelly Twigger, principal at ESI Attorneys and CEO of eDiscovery Assistant, when discussing juxtaposed US proceedings, stating that American lawyers tend to focus on search terms, rather than letting technology help get to the root of a document’s importance. Twigger emphasised that while TAR may be commonplace on the Emerald Isle, the States sit in stark contrast—despite the evident value in widespread TAR adoption:

“Understanding TAR and using these technologies has become much less expensive and more understandable,” Twigger said. “Using them in cases that have ten- or thirty-thousand documents is exponentially more cost effective than doing a manual review and learning the validation process is not that difficult.”

TAR Scepticism in US Markets

Retired US Magistrate Judge Andrew Peck further spoke to the lingering resistance to TAR amongst US litigants across the pond. Despite the ABA stating that lawyers need to remain aware of, and up to relative speed with, technologies that carry the capacity to affect their practice, many remain apprehensive.

The unfamiliarity of TAR that some lawyers experience can foster erroneous misconceptions of its efficacy. As quipped by Judge Peck, “back in the good old days,” gaining an eyes-on review of every single document was the gold standard. But that was when counsel had to parse through 500 documents or so.

Meanwhile, in today’s legal landscape, litigants frequently face upwards of a million emails, text messages, WhatsApp messages, social media communications, and more. There is simply no way manual labour could ever proportionately match that of TAR in tackling projects of such volume.

And even with all the time, money, and resources needed to manually analyse that many documents, the degree of accuracy an AI-derived approach would yield remains unparalleled.

Judge Peck also highlighted a deeper issue of contention held by lawyers in the States: “If you are doing keywords, yes, there will be laborious negotiations about what the keywords are going to be—but there is not quite as much about validation aspects, as there are with TAR. I think a lot of lawyers are still concerned that whatever money they are saving in the review will be lost by motion practice about the procedures underpinning TAR.

TAR vs. Keywords in Contemporary Counsel

The challenge today is navigating the juxtaposition of using TAR and search terms in tandem. This can cause confusion when parties engage in search terms first and then try to layer the technology on top.

Karyn Harty spoke to the zeitgeist of e-discovery in Ireland, affirming that lawyers tend to use analytics, TAR, and keywords as part of a holistic process. Yet this was caveated by the necessity to define a clear audit trail of what has been done, to produce evidence effectively.

Kelly Twigger elaborated on the use of search terms in the United States, explaining that they can be highly effective, depending on how they have been found.

Twigger went on to further explain the challenges faced by litigators in the US concerning key words: “We are still seeing decisions from courts that are allowing the party that has all of the data to require the party that doesn’t have the data to come up with the search terms—and that is a recipe for disaster.”

The role of artificial intelligence in e-discovery is growing in complexity, at varying rates, governed by pliable legislation around the world. Watch the full recording from our Data Discovery Mid-Year Review to delve deeper into the evolving world of progressive technologies and the inevitable legal developments that follow.

The Data Discovery Mid-Year Legal Update analyzed case law issues, the latest on e-discovery, and other legal developments since the beginning of the year.

Discovery as Opportunity: Ross Gotler's Perspective as an AI Visionary