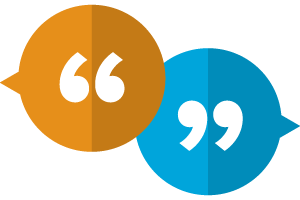 We kicked off the 2016 Relativity Spring Roadshow in London this week. Our next stop will be New York City on May 11, and we're excited to keep the show going. To celebrate, let's take another look at this interview we had with Judge Andrew J. Peck ahead of our visit to NYC last spring. Check it out below, and we hope to see you at the roadshow next week.

Ahead of our stop in New York City for the 2015 Relativity Spring Roadshow, we sat down with Judge Andrew J. Peck, United States Magistrate Judge in the Southern District of New York, to hear his insight about e-discovery in his state. Judge Peck has over 30 years of experience practicing law, 20 of which he has spent on the bench in New York City. In this interview, we get his thoughts on how e-discovery has developed in New York and his hopes for the future of e-discovery.

Greg: What is unique about e-discovery in New York City?

Peck: One thing is that many of the judges who are on the e-discovery speaking circuit are judges in the Southern District of New York. Judge Shira A. Scheindlin, Judge James C. Francis, Judge Frank Maas, and I are often active speakers about e-discovery at industry events such as the Sedona Conference.

Other than that, some of our cases are very complex in the Southern District, meaning that a lot of money is at stake and there is potentially a lot of electronically stored information that has to be dealt with. Still, the issues that come up during the e-discovery process are the same all across the country. In big cities like ours, the bar is very advanced in e-discovery. New York has an abundance of bar associations, all of which have e-discovery committees or subcommittees.

How have you seen e-discovery evolve in the Southern District over time?

In late 2005 to early 2006, when I was raising e-discovery issues, lawyers would look at me, point to their gray hair (or lack of hair) and say, “Judge, I’m of a certain age. I don’t know anything about this computer stuff.”

Today, there are still a lot of lawyers that don’t know a lot about “computer stuff,” but at least they’re smart enough not to admit it in court. In the nine years since the 2006 FRCP amendment on e-discovery, there has been great improvement in the bar’s knowledge and sophistication with e-discovery. But there’s still a long way to go with many lawyers.

The other significant change is that we’ve gone from the days of eyes-on, manual review of every document—which was the norm when I started practicing—to the use of keywords and analytics. While keywords are still probably the norm, we now have predictive coding in the bigger cases. So the technology that lawyers can use to review ESI has certainly changed and improved over my years of practice and years on the bench.

What are some of the most famous cases from your district?

Judge Scheindlin’s Zubulake v. UBS Warburg decisions back in 2003 to 2005 are considered landmarks in this field. She followed that up with her Pension Committee of the Univ. of Montreal Pension Plan v. Banc of America Securities decision in 2010.

There are also some leading decisions on keyword searches coming out of our district, including my decision on William A. Gross Construction Associates v. American Manufacturers Mutual Insurance Company in 2009, as well as my 2012 Da Silva Moore decision. I recently followed that up with Rio Tinto v. Vale this year, but Da Silva Moore was the first decision in any court approving the use of technology-assisted review. I’m proud of that. We have been leading the law forward with decisions out of the Southern District.

What is one of your courtroom pet peeves as a judge?

Well, Congress enacted Rule 502 regarding attorney-client privilege and work product in 2008. 502 subpart D is what I call the “get-out-of-jail-free card.” It says that if a privileged document is produced, it is not a waiver of the privilege in that case or—here’s the important part—in any other case, even among a different opposing party in a federal or state court.

Some privileged documents slip through in nearly every case. So the question is, do you have to fight with your adversary and make a motion to get them back? More importantly, did you charge the client for the motion? Even if you didn’t, it’s an embarrassment. 502(d) means that, if a privileged document slips through and you realize it later on, you can tell the other side that you’re invoking the 502(d) order. Then they have to give it back to you with no motion and no big hullabaloo. When something like this occurs, I’ve said that it is malpractice for lawyers not to at least consider asking for a 502(d) order and it may be malpractice not to get a 502(d) order, but it is still used in only a small percentage of cases. That drives me crazy.

What trends are you excited to see unfold in the next 10 years?

In the long term, what makes the area of e-discovery fascinating is that the technology keeps changing—in the creation of the information, the management of information, and the tools available to lawyers to deal with it.

For example, I was reading an article recently about email services that delete emails after they have been read. Technologies like this raise interesting legal questions. Other technological questions involve smartwatches and all of these other new developments, like smart appliances in one’s home and computer-driven cars. It’s fascinating to think, “What is that going to mean for e-discovery as we go forward?” As the old proverb goes, “We live in interesting times.”

Judge Andrew Peck gave the above interview on April 13, 2015.

Greg Houston is a member of the Relativity customer success team, providing guidance on customized e-discovery workflows that fit the unique needs of every case team. Greg previously served as litigation support project manager at various Chicago law firms and has 12 years of experience managing small and large cases from collection to trial.

An Attorney's Answers to 3 Questions on Analytics and e-Discovery