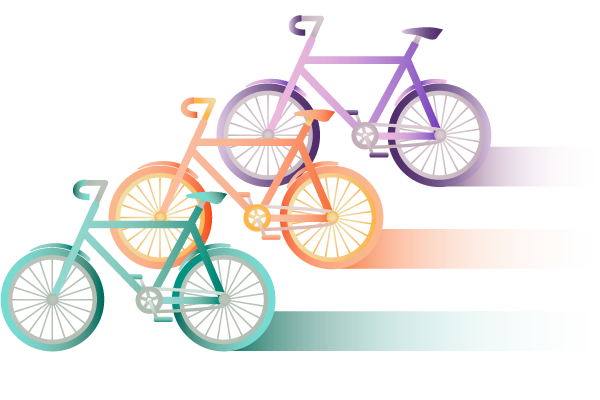 The times, they are a changin’. The four-time winner of the Tour de France is out of contention. Chris Froome, who was heir apparent to a fifth Tour victory, will not be in the lead position for Team Sky (now Team Ineos) in 2019 after a horrific injury on a ride. One way or another, a new dynasty may begin.

In a few short days, 3.5 billion people around the globe will tune in to see the Tour de France—one of the biggest sporting events on the planet—as a new winner is crowned under the iconic Tour banner.

What does this have to do with e-discovery? Hang on … I’m getting there.

For those of you who are not typically glued to the TV in July, the Tour de France is the preeminent cycling race and one of the world’s most watched sporting events. Riders are at their peak of (hopefully drug-free) performance, pushing the envelope of physicality to win.

The race itself is comprised of 21 separate stages. The rider with the overall lowest time at each stage is awarded the coveted Yellow Jersey. The lowest overall time across the entire race means victory and a spot in history.

Modern e-discovery has become endlessly analogous with the Tour de France. In the Tour, the victory is officially given to the individual rider—but culturally, the win is also attributed to behind-the-scenes teams. The effectiveness of the entire team is dependent on the application of technology and increasing innovation. Sound familiar?

A peloton is the main pack of riders who ride in tight formation for much of the ride, except in strong crosswinds or bad weather. The reason they ride in this formation is that it saves energy. The lead rider bears the brunt of the wind for those behind. New research is showing that riders in the back of the peloton may experience as little as five percent of the wind resistance of the front riders. When extrapolated across 100 miles, those savings add up.

Compare that to a SaaS e-discovery solution like RelativityOne, which spreads the benefits of security across all users. The advantage in this case is that the users of the system are in the back of the peloton, enjoying greater efficiencies, while Relativity and Microsoft Azure are blocking the strong winds in the front to protect the riders behind.

Regular releases focused on innovation, as well as continuous monitoring from a security team like Calder7, keep the winds in back calm and predictable. It’s much less exhausting than managing an infrastructure—on-premises or in a personal cloud deployment—on their own, where they’d be bearing much of the burden for keeping their data secure and keeping up with innovation.

At first glance, the Tour appears to be a race of individuals. Each rider is focused on clawing their way to the front of the peloton and then breaking free in the final seconds to take the stage victory. However, there is far more complexity than meets the eye.

When the Tour began in 1903, many riders entered on their own and rode the stages unsupported. Fast-forward to today, and an individual rider, if permitted to compete alone, would be overpowered by the support of the team at every level. In fact, the support staff on a cycling team make up a complex ensemble of doctors, coaches, therapists, soigneurs (who provide care and feeding), mechanics, and drivers. Each member is laser-focused on making sure that their rider and team are up on the podium at the end.

Before a stage ever begins, the logistics team dissects every curve, bend, and straightaway on the route to identify riding strategies. Often, the team experts are out driving the course before the stage, examining the physics of each meter, measuring weather conditions, and comparing to ride telemetry.

If a rider is injured or a bike is damaged during a race, medical care, repairs, and replacements are only seconds away, saving precious minutes. In a 21-stage race where the lead is won or lost by a few minutes, every second counts.

In our world, having the right expertise across your team can make or break a case. Whether it’s an analytics guru, a processing pro, or an attorney expert, plenty of people put in immense effort to make each project a success. In the Tour, the team provides the lead rider with the basics: food, clothing, and medical support. Likewise, at a fundamental level, every e-discovery solution allows for the review of electronic documents. But greater sophistication, customizability, and security are what set cloud-based solutions like RelativityOne apart from the rest—and all of those factors make teamwork smoother and more seamless.

Standing on top of the podium at the end, the world’s attention is focused on the winning rider. However, in addition to the support of experts behind the scenes, it took a whole team of fellow cyclists to score the win.

A cycling team will be comprised of climbers, who focus solely on winning heavy climbing stages; riders who excel at rolling terrain; time trialists, who ride short but fast distances; and domestiques (French for “servants”), who ride to support their team and get their lead rider to the front of the pack. They may bring water or food to other riders, block the wind to allow for more efficiency, or repel attacks from other riders.

If you haven’t had a chance to watch the Tour before, check it out. There are 7 mountain stages throughout the ride that prove to be the most dramatic. Riders pushing their limits while climbing thousands of feet, cresting the summit, and then descending at speeds of nearly 70 miles per hour—it makes for some incredible drama.

With Chris Froome out, watch for an all-out battle for the top spot. (Although I am a huge fan of Peter Sagan from UCI WorldTeam Bora-Hansgrohe, my money is on Richie Porte from Trek-Segafredo for the win.) 11 Cases That Prove e-Discovery Law Is So Mainstream

Cost Recovery for the Law Firm 101

5 Ways Runners and Production Managers Just Get Each Other