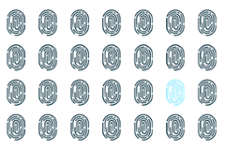 What's in a Name? Branding in a Fast-moving Industry

When fast-food giant Burger King—home of the Whopper and where chicken nuggets are considered a “side”—decided to expand their business to Australia in the early 1970s, they discovered the Burger King name was already taken by a small takeout restaurant. Thus, the franchisee had to choose a different name: Hungry Jack’s.

Why’d Burger King go so far, in this case supposedly trying to orchestrate a way to take down a franchisee? Hungry Jack’s was successful. Chicken fries had penetrated another continent. Everything seemed hunky-dory. But that name…

Whether you have direct responsibility over your organization’s brand or not, you live and breathe it every day—and, more importantly, you represent it. And whether you try to grow it or not, we all have a personal brand that can garner respect, help us gain authority in our areas of expertise, and advance our careers. These brands are living things—more than a name or a symbol, but your unique story and the total experience people have with you or your company.

We thought about that ourselves when we rebranded from kCura to Relativity at the end of August. We had an inkling that kCura was known around Chicago for our workplace culture and local outreach, but that local folks outside of the legal world didn’t know what we did. Meanwhile, Relativity users around the globe often never heard of kCura. To them, Relativity is the name they see every day as they use the platform at their organization or firm, or through one of our solution providers.

Of course, we took some steps to validate this hypothesis—interviews with new hires, working with some of our long-term customers, reviewing past perception surveys, and even conducting a focus group with some local organizations like Built In Chicago. It was clear the names weren’t building off each other, and aligning on one would make things a lot less complicated.

e-Discovery isn’t a huge industry, but it’s a fast-moving one. Consolidations happen frequently. New technologies emerge constantly. And end users expect better, faster, more comprehensive solutions every day. It’s ever more important to communicate who you are and what your differentiators are to make sure you stand out. But if that message doesn’t come through loud and clear throughout your organization, you might as well be a Hungry Jack’s in Cleveland: unrecognizable and potentially confusing.

For us, when we rebranded, we knew that it wouldn’t work if we didn’t have our whole team on board. Sure, you may have a few key spokespeople for your company, or an outsourced PR firm that tells your story—but in reality, your story and your brand is coming through in the voice of everyone that works at your company.

Through all that, we only asked two things of our team:

The team delivered tremendously, as did the awesome customers from whom we asked for help and feedback. We got through the rebrand with most of the team on the same page and clarity in our message behind it. The same could work for a law firm or attorney building a brand around the work they do best, or a solution provider standing out for their cutting-edge consulting services, or even a corporation demonstrating to stakeholders the care and consideration that goes into their legal work to make sure the front-line business can operate as smoothly as possible.

Imagine everyone at your organization being on the same page—using the same vernacular and understanding the reason your organization exists in the first place. How much easier would it be to communicate what the core differentiator is for your business and get others outside of your organization talking about it? With one unified message, it’s all equity within one name and one brand.

(To dig deeper into this concept, you can follow the professional development track at Relativity Fest and explore not just branding, but everything from working with analysts and the media to networking to marketing and leveraging analytics internally.)

Were all the right decisions made up top when Burger King expanded into Australia? Should Burger King have attempted to trademark their brand in the country earlier? Despite what could’ve been done differently, one lesson came through loud and clear: there’s power in a name.

Shawn Gaines is director of marketing communications at Relativity, where he guides content strategy, PR and analyst relations, social media, and brand messaging.

kCura to Relativity: Why We Changed Our Name