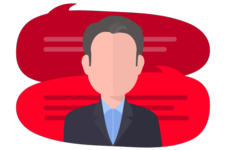 Why the Godfather of Legal Ops Joined a Law Firm

Originally published as a live, developing conversation on Big Law Business, this interview between ReplyAll co-founder Zach Abramowitz and “the godfather of legal operations” sheds some light on operational efficiency for legal teams.

For someone affectionately referred to as the godfather of legal operations, David Cambria has never been shy to talk about his business, earning him a role as an early and influential thought leader in a growing field. I met Cambria last February at the ALT Law conference in Scottsdale.

Earlier this summer, Baker McKenzie hired Cambria as their global director of legal operations, prompting the question, “So what does a global director of legal operations at a law firm actually do?” I wanted to give David a few months on the job before I asked him myself and find out what he’s got cooking now that he’s joined the law firm ranks. Here's what he had to say.

Zach Abramowitz is a lawyer/stand-up comedian/teacher-turned-entrepreneur who is passionate about start-ups and new ideas, especially in the content space. He is a co-founder of ReplyAll.me, the world's first Blogcasting platform.

How Shell Has Transformed Managing Outside Counsel