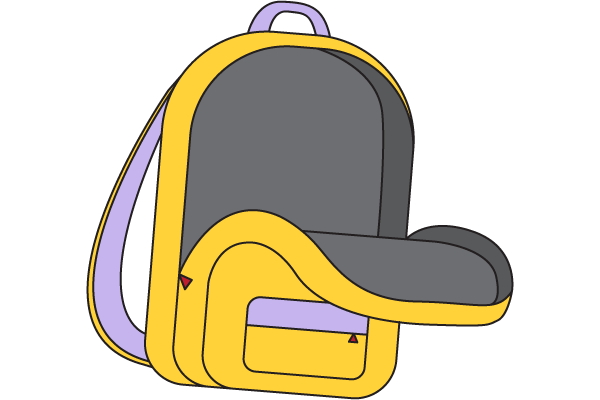 On a day that former President Barack Obama called the worst of his presidency, December 14, 2012, a 20-year-old neighbor shot and killed 26 people—including 20 children—at the Sandy Hook Elementary School in Newtown, Conn.

Texas defamation actions by families of the victims against conservative conspiracy theorist Alex Jones and his fellow InfoWars host, Owen Shroyer, is over (at least for now), and the families won without going to trial.

In an era where it seems tougher to get the “nuclear option” of having a party thrown out of court for discovery violations, Heslin v. Jones serves as a cautionary tale that discovery abuse can get you into a world of hurt.

Alex Jones, through his company, Free Speech Systems LLC, owns InfoWars, which produces content containing various conspiracy theories. In one of those theories, Jones claimed that the Sandy Hook shooting was a hoax perpetrated by Second Amendment opponents.

Shroyer, the host of The War Room with Owen Shroyer, may have other things on his mind. Over the summer, he was arrested on charges, albeit misdemeanors, for his alleged actions during the Capitol riots on January 6.

The parents of multiple children killed at Sandy Hook and an FBI agent, who was on the scene at the school, sued Jones, InfoWars, Free Speech Systems, and Shroyer. The families and the FBI agent argue they were defamed by the Sandy Hook conspiracy theories touted by InfoWars.

The families filed suits in Texas and Connecticut, and the families have won the Texas cases without going to trial.

In the orders released on September 30, Judge Maya Guerra Gamble of the 459th District Court of Travis County in Austin granted default judgment for the families in what she said were continual and egregious discovery violations.

In granting summary judgment to the families, Judge Gamble listed the following discovery failures by the InfoWars defendants:

The judge let counsel off the hook, noting the InfoWars defendants’ ephemeral relationships with various counsel.

“It is clear to the Court that discovery conduct is properly attributable to the client and not the attorney, especially since Defendants have been represented by seven attorneys over the course of this suit. Regardless of the attorney, Defendants’ discovery abuse remained consistent,” Judge Gamble wrote.

Not surprisingly, the InfoWars defendants disagree with the judge’s assessment.

“Nothing less than the fundamental right to speak freely is at stake in these cases. It is not overstatement to say the First Amendment was crucified today,” Jones said in a statement with attorney, Norm Pattis.

Jones and Pattis argued that the InfoWars defendants had produced “tens of thousands of documents” and that Judge Gamble had committed a “blatant abuse of discretion” in issuing the default judgment when the cases are pending before the U.S. Supreme Court, where Jones and his fellow defendants are seeking review of the Texas Supreme Court’s denial of their motion to dismiss.

No matter what one’s political beliefs may be, it’s hard not to find the InfoWars Sandy Hook conspiracy theories to be beyond tasteless and offensive.

But should their case be thrown out of court for discovery violations when they did produce a lot of data? We should note that Judge Gamble ruled the production “does not satisfy Defendants’ outstanding obligations.”

These cases are in state court. Were they in federal court, there would be the hurdle of 37(e)(2)’s “intent to deprive” standard: namely, to get the most serious sanctions—including a default judgment—one must show “the party acted with the intent to deprive another party of the information’s use in litigation.”

First things first: one could argue Rule 37(e) would not even apply because—as far as we know—InfoWars doesn’t claim the information is “lost” and “cannot be restored or replaced.”

In addition, although Rule 37(e)(2) sets a high bar—and the 2015 amendments that brought us the intent to deprive standard arrived with much fanfare—we should remember that, even if these cases were in federal court, the judge would have more tools than only Rule 37(e) to deal with bad behavior in e-discovery.

For example, Judge Gamble’s list of InfoWars infractions include several for violating court orders. Fed. R. Civ. P. 37(b) provides sanctions for “failure to comply with a court order,” including Rule 37(b)(2)(A)(vi), which provides for default judgment for “not obeying a discovery order.”

What about the idea that—if it involves electronically stored information—Rule 37(e) controls?

Should the alleged important First Amendment issues be a consideration in whether to issue a default judgment despite the discovery abuse?

“The judicial system will grind to a halt if parties could disobey or ignore court orders with impunity because the case involves First Amendment issues,” Peck said.

“One must obey a court order or be found in contempt and raise the issue on appeal. If a party could ignore orders because they view the case itself as a ‘show trial,’ what would prevent others from making similar claims? One may be entitled to one’s own opinion, but one must still obey court orders—subject only to appealing to a higher court,” Peck added.

The biggest takeaway from the InfoWars discovery debacle? Neither the lack of an intent to deprive nor the First Amendment will save your case if you fail at e-discovery.