e-Discovery and the Government: The Deliberative Process and Legislative Privileges 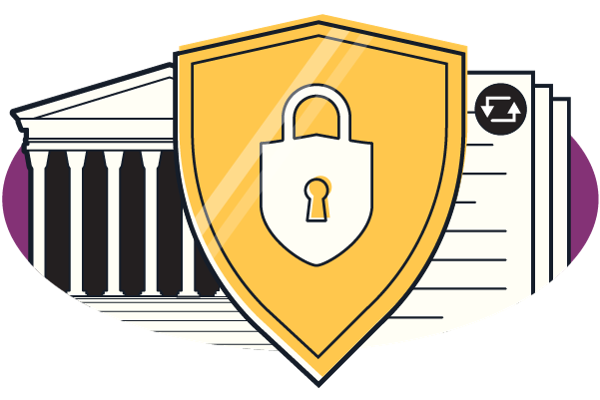 Most legal teams—especially e-discovery practitioners—are very familiar with the attorney-client privilege and the protections of the work product doctrine. After all, the privilege log is a ubiquitous presence in just about any e-discovery production.

Although the attorney-client privilege and the work product doctrine may be the best known, they’re by no means the only evidentiary protections for confidential information. The spousal communications, spousal testimonial, and the priest/clergy-penitent privileges are all recognized under law, and some states even recognize an accountant-client privilege.

The gentrification on neighborhoods is often welcomed and criticized at the same time. The invasions of Starbucks, Whole Foods, and NPR emanating from Volvos picking up at the Montessori school may generally come with the benefit of lower crime rates, but they put the character of New York City and other major cities in jeopardy: classic neighborhoods giving way to overpriced towers of steel and chain-store places to get a meal isn’t particularly charming, either. Civic planners have taken measures to preserve neighborhoods and let people who live in them, stay in them.

Established in the 1980s, the idea behind the policy was to help ensure that, when communities are redeveloped, new investment doesn’t cause neighborhood residents to be displaced against their will.

Specifically, Winfield and her fellow plaintiffs argue that there has been a long history of racial discrimination in housing in New York City, resulting in segregated neighborhoods. Winfield argues that the Community Preference Policy perpetuates unlawful segregation in housing by reserving half the housing for the people who already live in a neighborhood.

In its privilege log, the city claimed various privileges, including the attorney-client privilege, the legislative privilege, and the deliberative process privilege, as well as the protections of the work product doctrine.

The deliberative process privilege protects data reflecting advisory opinions, recommendations, and deliberations reflecting the process by which governmental decisions and policies are formulated.

Citing Federal Hous. Fin. Agency v. HSBC N. Am. Holdings Inc., Judge Parker noted in Winfield that the ideas behind the privilege are “‘the obvious realization that officials will not communicate candidly among themselves if each remark is a potential item of discovery and front page news’ and the desire to ‘enhance the quality of agency decisions by protecting open and frank discussion among those who make them within the Government.’"

For protection under the privilege, a document must be both “predecisional” and “deliberative.” A predecisional document is one that aids a decisionmaker in making a decision, and for defining a deliberative document, Judge Parker cited a three-pronged test articulated in National Congress for Puerto Rican Rights ex rel Perez v. City of New York.

Under this test, courts consider whether the government can:

(1) pinpoint the specific agency decision to which the document correlates,

(2) establish that its author prepared the document for the purpose of assisting the agency official charged with making the agency decision, and

(3) verify that the document precedes, in temporal sequence, the decision to which it relates.

Some courts have held it does negate the privilege, but others have cited the five-pronged balancing test articulated in Rodriguez v. Pataki. The factors are:

(1) the relevance of the evidence sought to be protected;

(2) the availability of other evidence;

(3) the ‘seriousness’ of the litigation and the issues involved;

(4) the role of the government in the litigation; and

(5) the possibility of future timidity by government employees who will be forced to recognize that their secrets are violable.

Noting the court’s analysis in Rodriguez that—if government decision-making being the issue in the case negated the privilege, the privilege would basically be eviscerated, applicable in few, if any, cases—Judge Parker held that the balancing test was the correct approach.

Applying the Rodriguez balancing test, Judge Parker held that many of the city’s documents were protected by the deliberative process privilege. However, she held that part of a spreadsheet on “problems raised or inferred by developers” pertained to purely factual information, which is not protected by the privilege.

The city claimed legislative privilege on some documents as well. Based on English common law from 16th and 17th centuries as way to curb royal encroachment through judicial proceedings on parliamentary activities, the privilege for federal legislators is based on the Speech and Debate Clause of the US Constitution, which provides that, “for any Speech or Debate in either House,” members of Congress “shall not be questioned in any other Place.”

Although the Speech and Debate Clause is limited to members of Congress, the Winfield court noted the US Supreme Court, in decisions including Supreme Court of Va. v. Consumers Union of the U.S., has held that state and local legislators also have immunity for their legislative acts.

However, in holding that some of the city’s documents in Winfield were not protected by legislative privilege, Judge Parker noted that not all legislative acts are covered by the privilege. Among these activities are certain administrative functions, speeches delivered outside the legislative body, certain activities with government agencies, and the preparation and delivery of newsletters and press releases to constituents.

In Winfield, the court held internal emails from the city’s Department of Housing Preservation and Development (HPD), discussing how to respond to a city council member’s questions, were not covered by the legislative privilege. Because “HPD is an executive agency, not part of the City's legislative branch,” the court held, “its internal communications do not constitute acts that are an ‘integral step in the legislative process.’”

Admittedly, claims of deliberative process privilege are not nearly as common as claims of attorney-client privilege, which has been referenced in tens of thousands of state and federal decisions since January 1, 2000.