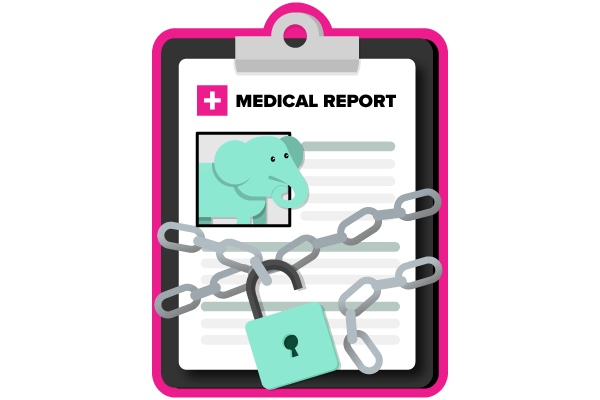 Lucky the Elephant is somewhat of a celebrity in San Antonio, Texas. The 57-year-old Asian elephant is one of the oldest Asian elephants in North America and a longtime resident of the San Antonio Zoological Gardens and Aquarium, having lived at the zoo since she was a calf in 1962. She even has her own website, welovelucky.com.

However, not everyone was happy with Lucky’s Texas habitat.

James Graham and a group of San Antonio plaintiffs working with the Animal League Defense Fund sued the San Antonio Zoological Society, the non-profit organization that operates the zoo, arguing the zoo violated the federal Endangered Species Act (ESA) by the conditions in which the zoo kept Lucky.

Specifically, Graham and his fellow plaintiffs argued that Lucky’s lack of elephant companionship since the death of her companion, Boo, in 2013, the size and substrate of her enclosure, and a lack of shelter from the sun violated the ESA.

With the zoo having addressed Graham’s central claim, Lucky’s lack of elephant companionship, US District Judge Xavier Rodriguez granted partial summary judgment in June, and in November, Graham and his fellow plaintiff moved for voluntary dismissal. Judge Rodriguez granted the motion and dismissed the case with prejudice on December 5, 2017.

From a digital data perspective, the most interesting part of the case was a dispute earlier in the year over the attorney work product doctrine.

In discovery, Graham sought medical and care records for Lucky going back to 2005 as well as the records for other elephants at housed at the zoo to establish that they had similar medical ailments. Although the zoo objected, arguing only two years of records were relevant and that Graham’s request was not proportional to the needs of the case, it produced almost 7,000 pages of documents, including an email between the zoo’s director of veterinary care and its health center manager.

The email itself contained no text—and it had no other recipients. What it did have was a 550-page attachment containing 37 years of Lucky’s medical records from an electronic database.

Not surprisingly, after arguing it should have to produce only two years of records, the zoo had not intended to produce 37 years of records. When it realized the error upon receiving Graham’s expert report, the zoo argued the attached report was protected attorney work product because the specific search criteria used to generate the report were identified by the zoo in consultation with legal counsel based on conversations with counsel regarding the claims, defenses, and trial strategy.

Graham moved to strike the work product claim, arguing the records in the attached report were kept in the ordinary course of business and were not created with the primary purpose of assisting in the litigation. In addition, Graham argued, the report did not reveal any attorney thoughts or strategies. Alternatively, Graham contended that—even if the documents were protected work product—the Graham plaintiffs had demonstrated a need for the information under Rule 26(b)(3)(A).

In reversing Judge Primono and granting Graham’s motion to strike the work product claim, Judge Rodriguez cited United States v. El Paso Co., 682 F.2d 530 (5th Cir. 1982) and observed, “The work product doctrine is not an umbrella that shades all materials prepared by a lawyer,” adding that it “focuses only on materials assembled and brought into being in anticipation of litigation.”

The Judge conceded that the report with the 37 years of medical records was created at counsel's request for the litigation, but he held that was not the end of the analysis.

He noted that the veterinary records compiled in the report appeared to be routine medical documents. Once again citing the Fifth Circuit in El Paso, the judge noted that materials assembled in the ordinary course of business were exempt from work product privilege.

Citing Willingham v. Ashcroft, 228 F.R.D. 1 (D.D.C. 2005), the court conceded that courts have acknowledged that “an attorney's compilation of various documents, each of which is itself a proper subject of discovery, constitutes an attorney's opinion work product subject to protection.”

However, citing Shapiro v. United States DOJ, 969 F. Supp. 2d 18 (D.D.C. 2013), the court held, “Not every compilation of documents is protected—the crucial factor is whether the attorney's selection of the documents or contents could reveal or provide insights into the mental processes of the attorney in the analysis and preparation of the client's case.”

Distinguishing Lucky’s inadvertently produced medical records from Cormack v. United States, 117 Fed. Cl. 392 (2014), where a litigant inadvertently produced an email disclosing the location of patents at issue in a case, Judge Rodriguez wrote, “Unlike Cormack, the veterinary records here were disclosed without any additional context; there was no text in the email to which the records were attached, the sender and recipient were zoo employees in charge of Lucky's medical care, there was nothing in the email referencing litigation, representation, or the Zoo's counsel.”

Why Lucky the Elephant Matters

Lucky’s legal saga is important in illustrating the limits of the protections of the work product doctrine. Unlike the attorney-client privilege, the protections of the work product doctrine are limited to attorneys’ materials prepared in anticipation of litigation. Noting the email forwarding Lucky’s medical records had no text, Judge Rodriguez observed, “Here, a compilation of routine medical records from a database of veterinary records is hardly a specific request that would reveal defense counsel's thought process. The lack of context further obviates the claim that these records reveal the ‘fruits’ of Defendant's trial preparations.”

In looking back at other 2017 cases, whether it’s the inadvertent email attachment with Lucky’s medical records, the inadvertent emailing of a hyperlink in Harleysville Ins. Co. v. Holding Funeral Home, Inc.—where a federal magistrate judge and a federal district judge disagreed on whether privilege had been waived—or a litigant’s use of office email waiving privilege in Peerenboom v. Marvel Entertainment LLC, discovery mishaps and litigation errors with digital data can lead easily to waivers of attorney-client privilege or the protections of the work product doctrine.

Technology-driven questions of what constitutes protected work product go beyond emailed compilations of records or digital data errors. It can extend to some forms of technology-assisted review.

For instance, in their 2015 law review article, Safeguarding the Seed Set: Why Seed Set Documents May Be Entitled to Work Product Protection, which was cited in the 2017 decision, Williams v. City of New York, retired US Magistrate Judge John Facciola and Philip Favro of Driven Inc., and the Coalition of Technology Resources for Lawyers (CTRL), note, “a seed set generated through counsel’s exercise of skill, judgment, and reasoning may reflect its perceptions of relevance, litigation tactics, or even its trial strategy,” and thus may be entitled to the protections of the work product doctrine.

Whether it’s an email attachment, a compilation or records, or a TAR seed set, it’s always good to remember that just because documents are prepared for a lawyer doesn’t make it work product—in the same way that merely copying a lawyer on an email doesn’t create attorney-client privilege.

An 'Email Jail,' Erroneous Privilege Claims, and Other e-Discovery Follies