An 'Email Jail,' Erroneous Privilege Claims, and Other e-Discovery Follies 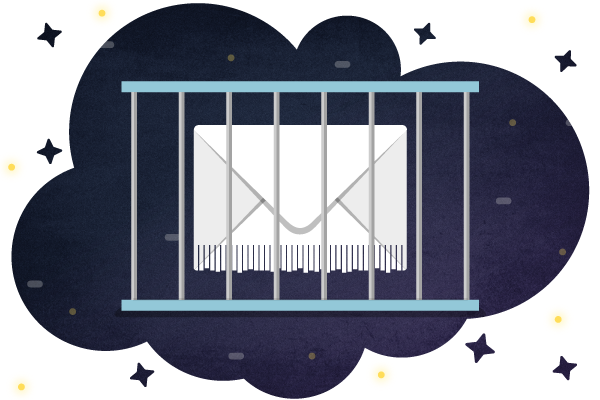 Once upon a time, not so long ago, there was a Federal Rule of Civil Procedure provided a safe harbor, prohibiting sanctions for the “reasonable, good-faith operation of an electronic information system.”

In the 2015 e-discovery amendments to the Federal Rules, the good-faith operation of an electronic information system language was deleted in favor of a new “intent to deprive” standard.

Critics have argued the intent to deprive standard is too high a barrier for litigants seeking sanctions for bad behavior in e-discovery.

However, as last week’s New Mexico federal court decision in N.M. Oncology & Hematology Consultants v. Presbyterian Healthcare Servs., No. 1:12-cv-00526 (D. N.Mex. Aug. 16, 2017) illustrates, you can still get sanctioned for what may be the good-faith operation your information system.

The moral of the story here is that questionable privilege claims, faulty legal holds, custodian self-collection, and information systems with “email jails” are really bad ideas.

When one thinks of federal antitrust actions, one thinks usually of cases such as Microsoft Corp. v. United States in 2001 (deciding whether Microsoft had a monopoly), Flood v. Kuhn in 1972 (upholding Major League Baseball’s antitrust exemption), or United States v. Paramount Pictures, Inc. in 1948 (holding movie studios could not monopolize the film distribution chain by owning moving theaters as well).

However, antitrust actions don’t have to involve giant conglomerates and alleged national monopolies. They could be disputes of markets as small as medical services in Albuquerque, New Mexico.

Founded as a small tuberculosis sanatorium in 1908, Presbyterian Healthcare Services has grown to become the largest health care provider in Albuquerque. The system now has eight hospitals with more than 800 physicians, and the system also offers a health insurance plan with over 474,000 members.

On the other hand, New Mexico Oncology and Hematology Consultants is a much smaller organization with a few physicians, and New Mexico Oncology sued Presbyterian Healthcare, alleging anticompetitive, monopolistic actions in violation of the Sherman Antitrust Act.

As the antitrust litigation continues, an e-discovery suit arose over the alleged destruction of responsive information, with New Mexico Oncology alleging spoliation of evidence by Presbyterian Healthcare and seeking default judgment or an adverse inference instruction as sanctions.

New Mexico Oncology filed its Complaint on May 16, 2012, and on May 22, it issued a legal hold notice to Presbyterian Healthcare, directing the company to preserve the email of 35 employees. The problem was that each of these custodians was subject to a so-called “email jail.”

The email jail was a policy and function requiring employees to delete or archive emails when they ran out of inbox space.

Another problem was self-collection. Presbyterian Healthcare allowed employees to determine which emails were irrelevant to the lawsuit and could be deleted. New Mexico Oncology argued that custodian self-collection was inadequate per se.

Noting employees were instructed, "If you are unsure about the relevance of a document, be cautious and preserve it,” US District Judge Gregory Wormuth wrote, “This court cannot conclude that the limited discretion permitted to the subjects of the litigation hold in this case rendered the hold inadequate.”

The judge noted that even in Zubulake, the court said organizations need not "upon recognizing the threat of litigation, preserve every shred of paper, every e-mail or electronic document, and every backup tape."

Judge Wormuth rejected the email jail argument as well, noting that New Mexico Oncology provided no evidence refuting Presbyterian’s claim that any data destroyed by the email jail process related only “to tangential or peripheral issues that have only tenuous relevance to the underlying claims of the litigation."

Presbyterian Healthcare’s biggest discovery sin was claiming documents were privileged when they were not, and for that discovery violation, the court ordered Presbyterian to pay 100 percent of New Mexico Oncology’s litigation expenses associated with the privilege claims.

For other Presbyterian Healthcare violations, such as the inadequate legal hold, the court ordered it to pay 75 percent of New Mexico Oncology’s costs.

If you thought the 2015 amendments to Fed. R. Civ. P. 37(e)—with the new “intent to deprive” standard—made it open season for spoliators, New Mexico Oncology should put that theory to rest.

Sure, one could argue the New Mexico Oncology court declined to order the most severe sanctions under Fed. R. Civ. P. 37(e).

Perhaps the biggest takeaway from New Mexico Oncology is that the “reasonable, good-faith operation of an electronic information system” standard is a thing of the past.

In this case, it could certainly be argued that the email jail was a reasonable, good-faith operation of an electronic information system. It wasn’t a nefarious plot to destroy evidence. It was simply a way to keep employees from using their email boxes as ever-growing data storage centers.

Whether it’s “reasonable good-faith operation” under the old Rule 37(e) or “intent to deprive” under the new rule, the underlying requirement for the most severe sanctions was—and is—being a bad dude.

Sure, the court said the email jail wasn’t defective per se, but it was part of a defective legal hold process that ended up in sanctions. It’s fair to say that operating an email jail is a bad idea—and it’s an exceptionally bad idea if you let your employees be the sheriffs.

If you then let your team claim the attorney-client privilege when there was no privilege, as Presbyterian Healthcare did, you can rest assure Judge Roy Bean will be there enforcing e-discovery justice west and east of the Pecos.