Evolving the Human Element Amidst AI in Legal 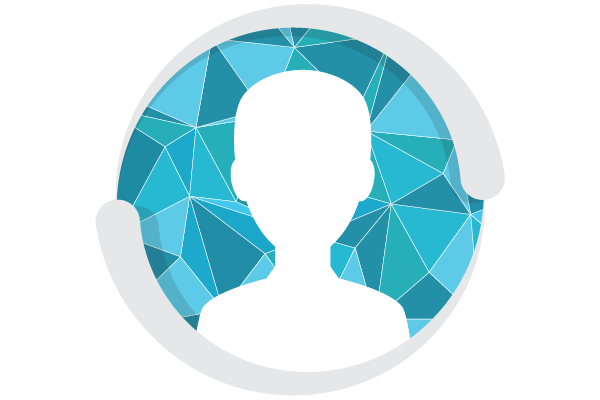 “Artificial intelligence will reach human levels by around 2029. Follow that out further to, say, 2045, we will have multiplied the intelligence—the human biological machine intelligence of our civilization—a billion-fold.” – Ray Kurzweil

When futurists warned that artificial intelligence would soon be doing jobs that humans once did, what did you envision? You may have seen jobs in construction and manufacturing as likely targets for a robotic labor revolution, for example—or perhaps accountants could be replaced with complex mathematical programs.

To many, the law seemed to be more or less untouchable. Surely, the requisite level of knowledge of the ever-changing law, coupled with the application of that knowledge to address very specific situations, would exempt the law from a digital takeover, right? We must have learned something in those three years of law school and subsequent years of real-world experience—some penchant for analysis well beyond a computer’s capabilities. Right?

Well, not so fast. Your honor, I direct you to my colleague, the computer to my left.

In 2015, the case of Lola v. Skadden, Arps, Slate, Meagher & Flom, LLP made headlines. Mr. Lola was a contract reviewer who sued the firm where he worked—and the staffing agency that placed him there—for not paying him the federally mandated overtime pay he thought due to him.

What started out as a simple employment case pivoted drastically due to the argument Lola made as his theory of the case: He posited that the work he was conducting as a contract reviewer was so common and routine that it should be excluded from the specialized practice of law and, thereby, should become subject to overtime pay.

The appellate court agreed, casting aside the tightly gripped veil protecting all aspects of the practice of law. The Second Circuit analyzed common, lower level tasks to determine whether those tasks could be performed entirely by a machine. In effect, the Second Circuit began to separate the “mechanical tasks and legal tasks” in order to assess which could be categorized as the practice of law and which could not. In doing so, the court removed a human and subjective standard and replaced it with a technical and objective standard.

With the dawn of the artificial intelligence revolution turning into daylight, what happens next is anyone’s guess.

More recently, a team from Hogan Lovells and Seventh Samurai consulting, led by Alvin Lindsay and Michael Simon, clued us into a world that might be coming to a review floor near you.

A law review article, “Lola v. Skadden and the Automation of the Legal Profession,” was authored by Simon and Lindsay and their team, and published in the Yale Journal of Law and Technology. Their analysis of Lola was interesting. In fact, their description of what could happen after Lola is spellbinding.

Lawyers have largely kept the door shut on AI encroachment by maintaining that legal work performed by a machine would constitute the unauthorized practice of law. The effect of Lola was to swing that door open again. As stated by the authors: “According to the Lola decision, if a lawyer is performing a particular task that can be done by a machine, then that work is not practicing law.”

The net effect will be a continual redefining of what it means to practice law: “Under this approach, as machine capabilities improve, more and more tasks will be removed from what we call the practice of law.”

However, the article examines trends in the market, as well as the traits and culture exemplified by law firms, in combination with the effect from the Lola decision to arrive at a new vision of the future of law firms.

The Future Landscape of Law

The team posited that three things will occur because of Lola:

Digging a little deeper into the third topic (it’s the only topic where we have some control), Lindsay and Simon point out that many legal practitioners are resistant to change—and the structures underpinning our legal systems are similarly resistant. However, for a profession that has yet to feel the true effects of a flood, the river is rising quickly.

For far too many in our space, there’s a lack of awareness that a flood exists in the first place. To survive, practitioners will need to think in new and unconventional ways. How do we live to tell this tale?

The short answer is to innovate. Lindsay and Simon’s article describes several roles that are tangential to the current practice as options for diversification. All these roles require attorneys to not only embrace technology, but to be able to control and modify it to suit their needs.

A New Breed of Trendsetters

So how does a world known for its resistance to change suddenly begin to innovate?

As an example, the Dentons law firm created Nextlaw Labs in 2015 with the firm’s CINO, John Fernandez, playing a key role in the new enterprise. This was among the first instances of a law firm creating a tech subsidiary. Nextlaw Labs has made great strides in identifying innovative opportunities arising from within the firm, within the firm’s clients, as well as the larger tech community.

Still, innovative thinking often revolves around a much larger sphere than just technology.

Law firm CTOs and CINOs are reimagining the entire client experience and are implementing that change effectively and decisively. Troutman Sanders' eMerge group has taken great leaps in creating a service approach by merging a multidisciplinary team of attorneys and technologists, in conjunction with cutting edge SaaS technology, to create a forward-thinking client model. Additionally, Seyfarth Shaw LLP has implemented SeyfarthLean, a Lean Six Sigma-based service model focused on delivering improved results as well as increased efficiency. The Financial Times has recognized Seyfarth Shaw as a law firm leader in innovation.

Although the pace of innovation is picking up, there is still a long way to go to ensure that all ships rise with the tide. Many firms are fighting the innovation trend while others are innovating in name only. Lola sets the mark as far as the future, and Simon, Lindsay, and their team—as well as like-minded groups within other firms—have laid out the path. Now it’s time for the legal marketplace to follow.

Daniel Pelc is a senior manager of industry marketing at Relativity. He has more than 15 years of experience in the legal and e-discovery fields.

A Clear View or a Short Distance? AI and the Legal Industry