Hidden Figures' Margot Lee Shetterly: How Writing Is a Lot Like e-Discovery 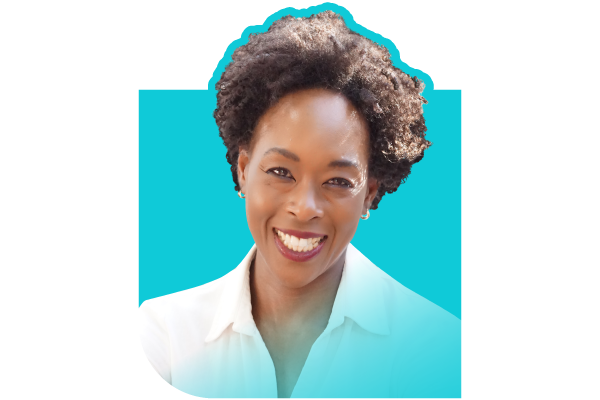 Writing—like the discovery process—is, well, a process. Both involve research, organizing, analyzing, and crafting a narrative based on the facts.

During Relativity Fest, Margot Lee Shetterly, the author of Hidden Figures, discussed her process for writing the nonfiction book. Over six years, she interviewed subjects and reviewed documentation. She also edited and reedited numerous drafts. This process likely sounds familiar for e-discovery professionals. Writing and discovery may have more parallels than many of us realized.

“I love the discovery process as it applies to writing,” Margot said. “You are taking a bunch of facts and turning them into a story.”

Inspiration for the Big Idea

Hidden Figures is set in the 1930s through the 1960s. The story details the lives of black female mathematicians working at the National Aeronautics and Space Administration (NASA), particularly Katherine Johnson, Dorothy Vaughan, and Mary Jackson.

Before starting research, Margot had to find inspiration to write the story.

“A little boy asked me: “If the figures were hidden, how did you find them?’” Margot said. “The truth was, they found me.”

One year, Margot and her husband were visiting her parents in Virginia over the holidays. Margot’s father worked at NASA as an atmospheric research scientist. During their visit, they met what Margot referred to as a “NASA computer.”

“When I say computer, I don’t mean a piece of electronic equipment discarded by the space agency,” she said. “Rather, computer was a job description. A painter paints. A writer writes. A computer computes. So, we ran into a woman who used to work at NASA Langley.”

“At first, I was half listening,” Margot said. “When we were driving, my husband, who is a writer, said, ‘Why haven’t I heard this story before?’”

Margot was no longer half listening; her interest was piqued. It was time to begin her research.

Digging into the Facts

Through her interviews with Katherine, Margot learned about Dorothy Vaughan. Dorothy was in charge of the West Area computing group. Katherine referred to Dorothy as “the smartest person she knew.”

“When Katherine Johnson tells you that someone is the smartest person that she’s ever met, you pick up your pencil and write it down,” Margot said. “That started me on a journey that would ultimately take six years. There were so many questions that I had at the beginning.”

“I don’t have to tell anyone here how arduous research can be. You are paging through documents until your eyes tear. You spend hours in a room with a tape recorder to jog someone’s memory of something,” Margot said. “As a writer, though, I love research.”

Margot’s research entailed interviewing several NASA computers from the 1940s and 1950s.  If a computer had passed away, she spoke to their family members. She talked to engineers who worked with these women as well as former NASA executives. Margot spent her days in the NASA History Office in Washington, D.C. She also traveled to National Archives’ offices in Maryland, Texas, Philadelphia, and Chicago.

“I scrutinized any institutional document I could get my hands on,” said Margot. This included memos, phone books, employee newsletters, videos, and photos.

Like all research, you have to get through a lot of irrelevant documents to find the gold.

“Nonfiction writers are like lawyers. We are all about that smoking gun,” Margot said.

Throughout the process, Margot analyzed black newspapers, the only place where the hidden figures’ achievements were celebrated. That is where Margot uncovered a crucial piece of information.

Margot found ample documentation about Katherine Johnson, Mary Jackson, and other key computers. What she needed was more information about Dorothy Vaughn. She eventually found an article from December 3, 1943. The article said: "Mrs. D Vaugh, math teacher at the high school, accepts a position at Langley."

“When I read that, I knew I had the beginning of my book,” Margot said. “Even talking about it now, I still get chills about the fact that I found that in my research process.”

In discovery, there are certain pieces of information that make a case. Finding these smoking guns are imperative, and often, it’s like digging for needles in a haystack. But it can get easier with analytics and other tools.

During the discovery process, certain information can expand the scope of the case. Similarly, Margot’s research showed that this wasn't only about the hidden figures. Rather, it was a narrative about countless women who didn't receive recognition for their achievements.

“When I started this book, I thought it was about Katherine Johnson. I learned that I was writing the story of the 20th century told through the eyes of female mathematicians,” she said.

“What we have is a case study of 1,000 women getting up every day to work at NASA throughout decades. This is a century where we split the atom and escaped our planet’s bonds of gravity,” Margot said. “And, I believe this is one of the greatest underreported stories of our time. This is the story of women sitting in rooms doing just that.”

Through Hidden Figures, Margot shares a story that had never been told. Octavia Spencer, the actress who played Dorothy Vaughn in the Hidden Figures film, couldn't believe it was nonfiction when reading the script. But the facts and the way Margot weaves them together are powerful.

Facts without a story do not move the needle. An attorney making a case on behalf of an individual likely will not win a jury using facts alone. The key is giving context around the facts to paint a better picture of motivation. The ability to use context and facts to craft an argument will likely determine the outcome.