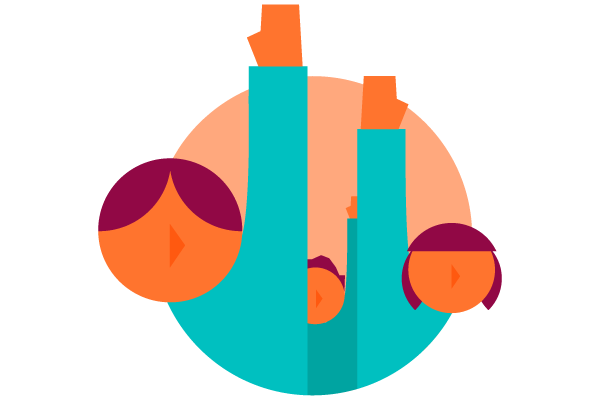 In what Relativity Fest session did Relativity’s Discovery Counsel and Legal Education Director David Horrigan turn into a game show host? Ding ding ding! It was “The State of the e-Discovery Union: The Roundtable on the Industry & The Profession,” in which Uncivil Procedure and Sherlock Holmes were lively topics of discussion.

Six panelists—Mary Mack of EDRM, Zach Warren of Legaltech News, Ryan O’Leary of IDC, Kelly Twigger of ESI Attorneys, Ari Kaplan of Ari Kaplan Advisors, and Meribeth Banaschik—teamed up into two disagreeing teams. Going before the Honorable Andrew J. Peck and the Honorable James C Francis IV, the groups competed to answer questions about the current e-discovery landscape. Each of the questions brought contention and lively discussions, but the final verdict—who won the debate—was up to the judges.

For those who missed this energetic session, we’d like to cover some of the biggest questions asked and answered during the panel.

Question 1: Do you believe that legal teams have enough technological competence to support successful e-discovery strategies?

Presented with this issue, the panelists all questioned the common level of technical competency among attorneys. In the divided panel, some agreed that legal teams have adequate competency. But, as Zach Warren pointed out, it’s all about standards—and they can vary greatly: “If it’s managing not to get spoliation sanctions, then yes, there is enough competence out there.”

In asking this very question to general counsels, Ari Kaplan found that 52 percent said that lawyers have technological competence and that number rose to 76 percent with litigation support professionals. The underlying question, though, is should lawyers have advanced technological skills? Are they the right people to wield those talents?

The judges’ verdict? No.

Legal teams do not have enough technical competency to keep up as technology changes, and in many ways that’s okay. The technology, after all, changes faster than lawyers can keep up with, and most don’t have the access or means to become competent. That’s why having the right technical gurus is critical for effective case teams, whether those folks are lawyers or not.

Europe’s General Data Protection Regulation (GDPR) took effect a year and a half ago, and legal teams all over the world have been watching how it’s played out ever since. Asked whether the legislation was a boon or a burden for international privacy regulation, both teams agreed that the GDPR is an overall good thing and are interested to see where the US takes it.

Zach Warren agreed that GDPR is a friend, but from a different angle: “Having some sort of regulation to this to save tech companies from themselves in a certain respect, I do think there is a benefit to that. They know where the border is and know what to say—and can actually have accurate retention policies that people and legislators have agreed on at this point. I think it’s worthwhile to hold yourself to the highest standard of the GDPR and the CCPA is probably going for.”

The panelists also warned attendees not to clump GDPR and the California Consumer Privacy Act (CCPA) together, though, as people often do these days. According to our panelists, the CCPA may be more of a foe to today’s legal teams. Ryan O’Leary pointed out that the CCPA started as referendum that was preempted and passed through legislation quickly. It has since been amended several times, and in retrospect, if given more thought, could have been better.

Ari Kaplan has heard concerns from general counsels and senior in-house counsels: “They are not sure what the enforcement is going to be like from the government. They are concerned and worried that they will bring down certain organizations because you are seeing large enforcement of GDPR with large organizations who can in many ways afford the penalties, but the CCPA will target organizations that will be different.”

The verdict: The judges disagreed!

Judge Peck commented that parts of the GDPR are great, but overall, the regulation needs tweaks and more cooperation. As for CCPA, it’s okay—but a national law is needed.

Judge Francis said he felt the GDPR proves to be more of a foe because, on macro level, it slows the free flow of information. He would prefer that distinctions can’t be made on types of information.

Question 3: Are biometrics creepy or efficient?

Panelists all agreed: both. It’s creepy in that you don’t always know where your biometric data goes, but we give it up for sanity and efficiency. The bottom line when it comes to biometrics, for our panelists, is that providing this type of data is an individual decision. People should be conducting a personal cost-benefit analysis each time they’re asked to give up this information. Still, the panelists’ opinions on how high the threshold should be certainly varied.

Meribeth Banaschik posited that “[micro]chips are totally creepy. To go to the extent of having minimally invasive surgery just to be faster? Are we that lazy?”

On the other hand, Ari Kaplan questioned the question: “Why are we even having this conversation? It’s all inevitable, just like the cloud.”

And the verdict from the judges? This stuff is creepy, but it does help you get into Yankee Stadium—so that’s certainly something.

Right off the bat, Judge Peck chimed in first to warn not to answer by saying “the judge.”

From there, each panelist came up with a different response. For Kelly Twigger, the worst part is the complexity. For Ari, it’s the hyphen. For Ryan O’Leary: “The worst part was going through paper boxes to then have them scanned and OCRed to then review them a second time—painstakingly slowly—on a review platform.”

This verdict offered a surprise twist: Judge Francis disagreed with Judge Peck’s initial comment, suggesting that the judges really are the worst part. Judges, he suggested, are applying rules based on the paper world.

Audience members couldn’t help but chime in and shout out their thoughts on this question. Phil Favro shouted from the back of the room that it’s the lawyers. Mary Pat Poteet said “It’s the easy button. You just push the button and it [e-discovery] magically all happens.”

And Craig Ball just wanted to say: “How gratified I was that nobody thinks the cost is. What a relief that’s finally behind us.”

But the panel warned that it just may not have been brought up yet.

Have your own thoughts on the worst part of e-discovery? Let us know what you think on Twitter or in the Relativity Community.

Bonus: What Even Experts Need to Know about the Current State of the e-Discovery Union

Upon sharing their closing thoughts, all of the panelists offered a bit of wisdom. But we especially liked these comments from Judge Francis:

“You are the most knowledgeable people in a cutting-edge area—which I think gives you an incredible amount of power. And with great power comes great responsibility,” Judge Francis said in urging the audience to push the law for more justice.

Tammie Josifovic is a member of the corporate communications team at Relativity, where she focuses on supporting and lifting up the community both online and in person.

3 Lessons from the History of TAR