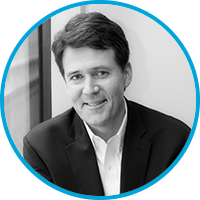 The International Legal Technology Association’s ILTACON 2015 conference kicked off in earnest in Las Vegas on Monday with the start of about 200 educational sessions that will run through Thursday. We’re covering ILTACON live from Caesar’s Palace on Twitter at both @DavidHorrigan and @kCura, and we’ll provide daily updates here on The Relativity Blog.

Before the day started at ILTACON, the law and technology were already on the minds of many of the over 1,600 attendees in Las Vegas, with news reports illustrating the importance of legal technology and Big Data on life beyond the law:

The data-driven news events helped shape the story for ILTACON day one with technology driving life and litigation today—and careers for tomorrow.

Monday began with a keynote by Sir Ken Robinson, the Anglo-American author, professor, creativity expert, and one of the most viewed speakers on TED.com, who has been called “the sneezing baby panda of the TED ecosystem.”

Sir Ken set the stage for the day’s discussions with the themes of creativity, innovation, and adapting to change, using his hometown of Liverpool, England as an example, noting that in the 19th century, 60 percent of world trade passed through the Port of Liverpool.

Moral of the story? We often don’t realize the resources we have.

Noting most companies don’t last 10 years, very few last 40 years, and almost none last a century, Robinson used Kodak—whose camera he called the iPhone of its day—as an example of a company that failed to adapt to changing times.

Using threats to the environment as an example, Robinson continued to stress the need to adjust to change, adding, “Even if we get it right, we won’t be able to predict the future—but at least we’ll have a future."

Not surprisingly, the idea for ILTACON is to apply Sir Ken’s observations on adaptability and change to legal technology.

Harmon addressed the oft-debated issue of law firm billing, noting, “People get awfully good at predicting legal costs when they’re the ones writing the checks.”

Questioning the law firm hourly billing model, Harmon noted that many of the national coordinating counsel Cisco hires subcontract work out to other firms, and he observed that they weren’t taking hourly billing for their work.

Debord added that lawyers and law firms don’t use data effectively, a sentiment with which Harmon agreed.

Juxtapose that viewpoint with an ILTACON session on cloud computing, where Rich Lilly of Netrix observed that Microsoft Azure could be used to search all the email addresses of hacked ashleymadison.com users in a matter of seconds.

It wouldn’t take such a system that much longer to search the millions of tweets of the hashtag of the putative Kanye West for President campaign, #Kanye2020.

One of ILTACON’s primary purposes is professional development, and the afternoon session,Careers in Legal Technology: The Numbers, The Buzz, The Shift, offered practical advice for legal technology job seekers.

The day concluded with a panel asking, Is Big Data in Legal a Figment of Our Imagination? The question is a good one because many lawyers think the challenge of Big Data is really someone else’s problem because law firms just don’t have that much data

Brymor Bowen of Schulte Roth & Zabel put it in perspective when he asked the audience rhetorically, “Do you have email? If so, guess what. You have Big Data.”

Check in with us for our next post from Las Vegas where we’ll have panel commentary from Judge Andrew Peck and the results of the 2015 ILTA/InsideLegal Technology Purchasing Survey.

Begin Your Journey Toward e-Discovery Master