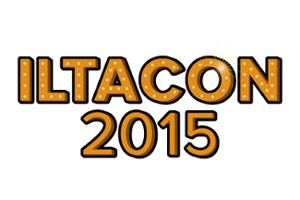 On day three of the International Legal Technology Association’s ILTACON 2015, technology-assisted review (TAR) and disruption in the law were the themes of the day. The challenge for ILTACON attendees is that neither legal disruption nor TAR is an easy concept to define. Fortunately, we find ourselves in Las Vegas, which means we have one of the world’s foremost cultural icons to help illustrate these concepts: the pride of both Las Vegas and Kentwood, Louisiana, Britney Spears.

New Orleans is a city of rich culture—with music, food, and warm, friendly people that make it the envy of cities around the world. One thing New Orleans has lacked for as long as most people can remember is decent drinking water. However, because the people of Louisiana are a hearty, resourceful bunch, they had a workable solution. They simply drank Kentwood Springs bottled water from the pleasant Louisiana hamlet of Kentwood.

Kentwood’s delicious water was probably the most remarkable thing about the town until the juggernaut of disruption named Britney Jean Spears changed everything.

In January 1999, at the age of 17, Spears skyrocketed to the top of the charts with her No. 1 hit, Baby One More Time, and, as they say, the rest was history. The town of potable water had become the hometown of a pop superstar—or cultural train wreck, depending on one’s point of view.

Disruption in the Desert

After a decade and a half of tabloid tumult too lengthy to retell here (this is an article about legal technology, after all), Spears ended up in Las Vegas, headlining in residency at Caesars Entertainment’s Planet Hollywood property.

Actually, Caesars had two disruptive events in Vegas yesterday: Britney Spears’ Piece of Me performance with a cast of quasi-exotic dancers in its AXIS at Planet Hollywood, and Stanford University Center for Legal Informatics (CodeX) fellow Monica Bay’s panel of distinguished attorneys in its Neopolitan Ballroom at Caesars Palace.

The dichotomy of the two Caesars events was more than slightly palpable.

Common themes throughout the panel discussion included access to justice, disruption in the delivery model for legal services, the challenges of dealing with legal vendors, and the need for diversity in the legal profession.

Arkfeld began the panel by discussing problems with access to justice, noting that 80 percent of the legal needs of low- to moderate-income Americans are not being met, and adding a quote from former President Jimmy Carter, “We are overlawyered and underrepresented.”

Another disruptive force Arkfeld sees is the pending amendments to the Federal Rules of Civil Procedure. Although many commentators at e-discovery conferences have almost unbridled enthusiasm for the amendments, Arkfeld takes a position articulated by U.S. District Judge Shira Scheindlin and others, expressing concern that the amendments will clog the courts with litigation about litigation.

Perhaps more important than rule-triggered gridlock, Arkfeld said that if the legal system doesn’t address the access to justice issue, the justice system runs the risk of becoming largely irrelevant, functioning only as a forum for disputes between “major players with money.”

Harvard’s Dolin and Avvo’s Lear discussed the disruptive effect of business models and new technologies. Dolin noted Big Law’s capabilities are beginning to go beyond what most clients need and want to use, and Lear cited the shift to online legal services.

Proskauer’s Nevin began her presentation by telling the audience she had resisted the temptation to name her presentation “Why Vendors Suck.” However, she added that if audience members really believe vendors suck, perhaps it’s because they don’t have best practices for dealing with vendors.

Nevin had compelling observations about the influence of price in dealing with vendors.

“I don’t buy e-discovery services based on price; I buy them based on a vendor’s ability to reduce the expectation gap.”

Nevin said price was rarely an issue in her work—often not being negotiated until the 99.9th hour because she’s worked so much with the vendors to determine what’s needed, and both sides know what a reasonable price would be.

Bay reiterated this concept of pricing for legal services not being the primary purchasing criterion.

She believes baseball gets diversity. Although Bay conceded Major League Baseball doesn’t address gender diversity, she said it does get diversity on race and nationality.

Not surprisingly for a CodeX fellow, Science, Technology, Engineering, and Math (STEM) is a priority for Bay, and she thinks it’s especially important for women.

“We’ve got to do something about STEM education for women—they’re going to law school,” she said.

Hype and the Human Element

Of course, race and gender diversity aren’t the only types of diversity important to legal technology. There’s diversity in technology, as well.

Patrick Oot, partner at Shook, Hardy & Bacon and co-founder of the Electronic Discovery Institute and Beth Patterson, director of applied technology at Allens, joined to present the findings of Phase II of the Oracle Predictive Coding Study.

Oot and Patterson said the data show one overriding theme: when it comes to TAR, humans matter.

Oot noted that, in Phase I of the study, the same technology performed differently when used by different vendors. He said that unfortunately, unsupported hype by some TAR vendors clouds the picture for e-discovery.

Oot noted that some vendors have been known to over-promise and under-deliver on predictive coding promises, and that the hype even extends to academic debates about technology.

Oot summed up his thoughts by stressing the human component of technology-assisted review.

Noting that the best performing technology in the Oracle study was the one used by a senior attorney, Oot said, “A good artist with a good brush is best.”

Earlier in this post we noted the dichotomy between the disruption at ILTACON and the disruption provided by the erstwhile true love of K-Fed. (You didn’t think we were going to wrap this post without at least one K-Fed reference, did you?)

But is there really that big a difference between Caesars’ two big events this week?

Whether disruption comes in the form of a pop star transforming a sleepy Southern town, mobile technology helping change the way legal services are delivered, diversity in race and gender changing things, or even disruptive technologies such as TAR changing the rules of the ballgame (or not), there’s one variable that remains constant.

The only constant variable in all these scenarios is people.

Imagine if every attendee at ILTACON decided to just stay in Vegas, and not go home. Perhaps you’d go see Britney Jean Spears or Celine Dion—or even spend your Vegas days holding midnight vigils for Wayne Newton or creating a 1,600-person wolfpack, partying with tigers in Mike Tyson’s suite.

If the members of ILTA didn’t go back to work, and if the vendors who bring them software and services just decided to hang at the Bellagio and play blackjack, the practice of law in the United States might very well come to a screeching halt.

We’ve reached a point where it’s hard to practice law—or perform at Planet Hollywood—without technology, but technology doesn’t do anything without people.

So when we get on those planes—because we promised we would come home—the message we bring back will be that no matter what legal technology we may have seen this week, it’s not the technology that matters. It’s you.