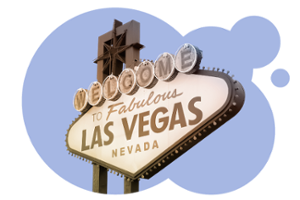 The educational sessions of the second day of the International Legal Technology Association’s ILTACON 2015 brought U.S. Magistrate Judge Andrew Peck to the stage and Jeb Bush to the talking points. While the presidential candidate and former Florida governor wasn’t here at Caesars Palace, his email experience provided a cautionary tale about handling digital data.

As part of our continuing coverage of ILTACON, we take a look at Judge Peck’s session with a panel of prominent e-discovery attorneys role-playing in humorous hypotheticals, a session hosted by EDRM and Holland & Hart featuring experts sharing e-discovery mishaps, as well as the results from the 2015 ILTA/InsideLegal Technology Purchasing Survey.

Judge Peck anchored a distinguished panel of veteran e-discovery attorneys in the session, To Share or Not to Share: The Debate over Disclosure of e-Discovery Protocols. Moderated by Julie Richter of American Electric Power, the session featured lawyers arguing hypothetical cases with e-discovery patterns before Judge Peck.

In one case, Favro turned “big firm” into a pejorative verb, accusing his fictitious opposing counsel of “big firming” him with abusive e-discovery. The hypothetical scenario pointed out the challenges of cooperation in an adversarial legal system.

During the discussion of cooperation, sharing data during technology-assisted review (TAR), and the different approaches to seed sets, the litigants noted the decision in In re Biomet M2a Magnum Hip Implant Prods. Liab. Litig., No. 3:12–MD–2391 (N.D. Ind. Aug. 21, 2013) and the influence of the Sedona Conference.

In Biomet, the court noted the Sedona Conference “has had a significant, salutary, and persuasive impact on federal discovery practice in the age of electronically stored information.” However, the Biomet court added Sedona lacked the authority to expand a federal court’s powers.

Nevertheless, Peck stressed the importance of Sedona and its 2007 Sedona Conference Cooperation Proclamation, citing the numerous judges from across the nation who have endorsed it.

In one hypothetical, Favro played the role of a plaintiff attorney named Griswold in litigation over a heartbreaking tragedy where guests at an amusement park, Wonderworld, experience the trauma of dangling upside down for half a day when the park’s JJ Supersonic thrill coaster loses power.

This (very) thinly veiled reference to the film National Lampoon’s Vacation allowed Favro and his opposing counsel, Patrick Oot, to illustrate self-collection, the e-discovery practice where those in possession of documents, the so-called “custodians,” are allowed to collect their own documents. In Wonderworld as in most cases, custodians are employees in possession of email.

Peck—citing the real-world case of Burd v. Ford Motor Co., in the U.S. District Court for the Southern District of West Virginia—cautioned, “self-collection creates risk.” Oot added a quote from attorney and computer forensic examiner Craig Ball, where the noted e-discovery commentator compared self-collection to the fox guarding the henhouse.

Judge Peck has said for some time that TAR should not be held to a higher standard than other methods of e-discovery document review.

Also in the To Share or Not to Share session, Peck noted that while the statistical concepts of precision (how precise an e-discovery review method is in bringing you only relevant documents and not bringing you irrelevant junk) and recall (an e-discovery review method’s ability to bring you back all the relevant documents and not miss anything) are used when analyzing the effectiveness of TAR methods, these concepts are used rarely (if ever) when determining the effectiveness of linear review or keyword searching.

If regulators were to conduct e-discovery about Kanye 2020’s compliance with election laws and regulations, they might perform keyword searches for the words, “Kayne” and “West.”

Precision problems could include getting back emails with lines such as, “Kanye and Kim have come to love Taylor Swift,” and “Kendall and Kylie live west of Lord Scott Disick.” The search is not precise.

Likewise, recall could also be a problem because even if regulators added search terms such as “campaign” and “contribution,” the search would miss the email, “Kim Kardashian is bundling love gifts of $14 million each from all of the Beautiful People to bring positive energy to her husband’s noble endeavor.”

We suspect Judge Peck might not use Kanye, Kim, Kendall, Kylie, and the Beautiful People to make his point, but his mantra holds here: Technology-assisted review should not be treated differently than other e-discovery protocols.

Tuesday afternoon at ILTACON featured a panel hosted by EDRM and Holland & Hart, entitled, 20 E-Discovery Warnings in 60 Minutes in which e-discovery experts shared real-life experience and tips on dealing with common problems.

Organizers George Socha of EDRM and Michael Boggs of Holland & Hart kicked off the session, and each of the 11 experts provided at least one tip to the audience.

A tip from Hal Marcus of Recommind underscored the important data privacy implications of e-discovery and digital data. Headlines have been full of references to Hillary Clinton’s email imbroglio, but she’s not the only presidential candidate with email agony.

Marcus noted that presidential candidate and former Florida governor Jeb Bush had a problem earlier this year when he released emails from his tenure as governor containing personally identifiable information (PII) about his constituents.

Bush posted on his website, “In the spirit of transparency, I am posting the emails of my governorship.” Unfortunately, some of the emails contained the Social Security numbers and home addresses of constituents. Bush said the information should have been redacted by the state of Florida, and his aides began redacting the PII after the fact.

Among the important events at ILTACON is the release of the annual ILTA/InsideLegal Technology Purchasing Survey, a survey of ILTA members’ buying habits and purchasing plans. Among the findings in this 10th anniversary edition of the survey were:

Look for our coverage of today’s ILTACON events, including the TED-style talk on disruptive technologies and trends in the legal field as well as the latest results from the Oracle Predictive Coding Study, in tomorrow’s post. Until then, enjoy another day in Vegas, vicariously or otherwise.