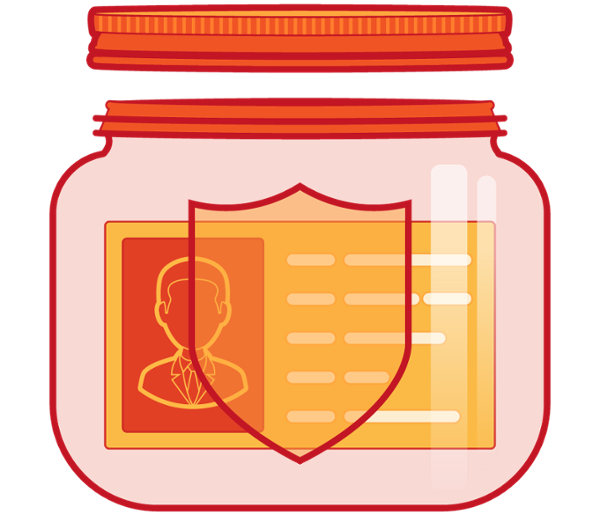 "Three can keep a secret if two of them are dead." – Benjamin Franklin

Inadvertent release of confidential trade secrets or private information is a significant risk in litigation. The public has the right to access court documents, and courts are adopting systems that allow the public to access electronic filings on the internet. Additionally, the public can attend some hearings or trials from the comfort of their couch via Zoom.

With the advent of these new access points, the risk of accidental release of confidential information used in litigation is increasing. Once released, organizations will have difficulty putting the genie back in the bottle.

The volume of data exchanged in discovery is increasing, further exacerbating the issue. More and more, that data includes the private data of individuals. Companies also heavily rely on trade secrets, which litigation may also expose. While protective orders may shield the information exchanged in discovery, parties will likely put this information in motions, debate it in court hearings, or present it at trial. Parties may want to prevent exposure of their confidential information in open court or public dockets.

Read on for tips on exactly how to do it.

Sealing: Keeping Secrets During and After Litigation

Courts provide a mechanism to protect this information; it’s called sealing. Parties and non-parties may ask the court to seal information to keep certain data secret. Many courts require a party to show “compelling reasons,” usually through declarations, why the court should allow the material to be sealed.

Some courts may require a different showing depending on what type of filing it occurs in or what kind of information parties are requesting the court to seal. Sealing procedures also vary from court to court and even judge to judge, further complicating the process. Fortunately, many courts are flexible. Working with the court, parties can create a sealing process that is efficient and effective for the court and the parties.

Parties should discuss the sealing process with opposing parties, non-parties, and the court. Some simple changes can significantly lift the burden of sealing by cutting the time and resources required.

Parties should also consider consolidating motions to seal. Many courts require parties to file a sealing motion within a short time after a document has been filed, or contemporaneously with the filing. Filing a separate motion to seal for each filing is inefficient. An opposition brief to a motion will likely include similar, if not identical, confidential information.

Judges are busy and will undoubtedly appreciate parties reducing the number of sealing motions they need to review. Parties may also agree to joint motions to seal, to consolidate all parties' requests to seal into a single filing—making it even easier for the court. Consolidating motions helps avoid inconsistent sealing orders and allows the court to communicate clear expectations and guidance on what should be sealed.

How to Protect Non-parties' Secrets

Parties may also use Relativity to create versions of the documents that can be provided to non-parties with the notice. Some exhibits—like Rule 1006 exhibits in federal courts, or expert reports—summarize or combine the confidential information from many parties into a singular document. In these circumstances, many parties would require notice on the same exhibit. But one non-party should not see another non-party’s confidential information, further complicating the process.

Fortunately, Relativity provides a solution to this as well. Using different markup sets, a party can easily create custom versions of a document for each non-party, which redact the confidential information of other non-parties. A party can then provide the non-parties with these custom versions, or even put them in a data room that would allow non-parties to access only their versions of the documents. This would also help parties avoid violating a protective order by accidently exposing a non-party’s confidential information to another non-party.

Getting the Court to Keep a Secret

If filing a joint motion to seal, a party may also need to document which parties or non-parties they have notified and their responses. Coding can track which parties requested sealing, the basis for their requests, and what evidence they offered to support sealing. Using this coding, parties can create a chart to file with the motion to seal that directs the court to the evidence supporting the requested sealing.

After the court rules on sealing, a party may need to incorporate all the court's sealing rulings into one document. The court may also require a refiling of a redacted version. Parties can modify the markup sets used to create the delta documents to reflect the court's rulings and use these modified sets to create redacted versions of the document to file publicly, or highlighted portions to use internally.

Keeping Track of All the Secrets

Finally, parties can use Relativity to track sealing rulings. Some local rules don't require motions to seal for materials that the court has already ordered sealed, so tracking these decisions allows organizations to identify when sealing is not necessary.

Even if a new motion to seal is required, this information can help a lawyer make a convincing case for sealing as previous rulings support it. By using Relativity to capture and revisit this information, parties can avoid unnecessary sealing motions and ensure consistent sealing treatment.

Lawyers in cases that involve a large volume of sensitive or private information—such as cases involving medical information, sensitive trade secrets, or other personal information—should apply the measures discussed above to protect their clients’ secrets.

By implementing the suggestions here, parties go a long way toward ensuring their secrets are safe. To avoid waiver of privilege and costly fights over the merits of your review’s quality control procedures, it’s prudent to secure a Federal Rule of Evidence 502(d) order in federal cases.

Ben Barnes is counsel at Redgrave LLP, where he advises clients on e-discovery, information governance, and data privacy issues and strategies. Contact Ben at bbarnes@redgravellp.com.