Looking Back to Look Ahead: Insights into the EDRM 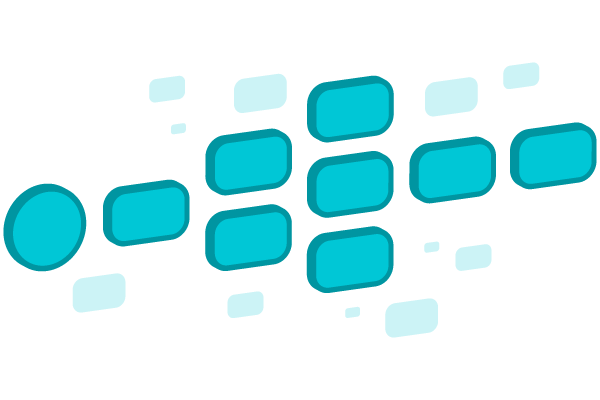 Editor's Note: While preparing to attend Relativity Fest 2020, attorney Helen Geib reached out to share her reflections on a session from Relativity Fest 2019. We thought it was a unique perspective on a subject that is universally recognized by e-discovery professionals, so we were happy to share it with readers here on The Relativity Blog.

If past is prologue, the future is bright for the Electronic Discovery Reference Model (EDRM). That was an expert panel’s implicit answer to the question posed by the Relativity Fest 2019 session “Is It Time to Rethink the EDRM?”

Headlining the panel was the father of the EDRM, George Socha of Socha Consulting (then at BDO USA). He was joined by Phil Favro of Driven, Inc., Constantine Pappas of Relativity, and Darcie Spruance of Kilpatrick Townsend & Stockton LLP. Michael Quartararo of Association of Certified E-Discovery Specialists (ACEDS) moderated.

George began by recapping the model’s origins and development. His brainchild has had remarkable staying power. Aside from minor design changes, his initial draft, the first published version from 2005, subsequent versions, and the current iteration of the EDRM are all very similar.

At the EDRM’s publication, Darcie was impressed that it immediately created a frame of reference for the e-discovery industry. Phil was introduced to the model in 2011. He admitted his first reaction was to consider it “marketing jargon.” But he soon came to appreciate that it serves as a point of entry to the legal services industry. Illustrating that function, Constantine learned about the EDRM during his onboarding at Relativity. He highlighted its flexibility in addition to its educational value.

I suspect everyone in the room would echo that last point. I’ve attended and presented many e-discovery CLEs over the years and can attest the EDRM is reliably one of the first slides at introductory-level courses. In more advanced courses the stages are the implicit framework.

Information Governance is a Continuing Focus of Debate

It hasn’t all been smooth sailing for the EDRM over the years. The model’s first stage has engendered the most controversy. It began as records management, was updated to information management, and then updated again to information governance.

This reflects an evolution in concept and terminology that speaks less to electronic discovery per se than to the elephant in the room: big data and its impact on litigation and investigations.

A plaintiffs’ side practitioner in the audience at last year’s panel commented that information governance is for companies, not individuals. Phil countered that some concepts such as data mapping apply to all litigants. Nonetheless, the overwhelming focus on business data in information governance is a point well taken. It’s a safe bet that the left side of the EDRM will generate lively debate going forward as well.

A Descriptive, Not Prescriptive Model

Debate hasn’t been limited to information governance. George humorously described some of the many requests to revise the model. At some point, someone has proposed adding just about everything you can imagine to the EDRM—from project management to blockchain. Somebody has argued for removing every stage, too.

Constantine ascribed the model’s longevity to the fact that it’s descriptive, not prescriptive. If and when there’s a significant change in e-discovery practice, the model will follow.

The panelists agreed that technological developments of the past 15 years have been neatly incorporated into the existing framework. This demonstrates the model’s continued viability. Darcie also pointed out that the legal technology industry has conformed itself to the EDRM by developing stage-specific tools.

This prompts an interesting speculation: To what extent has the model’s success has been self-reinforcing? Much e-discovery technology has been and continues to be premised on the EDRM stages. Perpetuating the model seems to be an inevitable, unintended byproduct of everyday e-discovery conversations.

The EDRM is Everywhere—But Not Always Understood

The EDRM is deeply embedded in e-discovery law and practice. Constantine pointed out that people in the software industry use the model’s terminology as shorthand. Phil added that the model is used to frame discovery arguments for the court. This picked up on an earlier comment by Darcie that the EDRM provides a common language for industry development and education.

I draw on the EDRM when I talk to clients about document discovery. The stages just plain make sense. You need to know what’s where before you can do anything else, you can’t copy what doesn’t exist, documents must be copied in order for the legal team to review them, and so on down the line. The model’s commonsensical quality is a secret of its success.

Still, ubiquity hasn’t prevented all misinterpretation. The model describes an iterative process represented graphically by the bidirectional arrows that link the stages. While there is a general progression from left to right, the EDRM is not a strictly linear workflow. According to George, this is an important point about the model that is frequently misunderstood or ignored.

Many people also don’t realize there’s an eponymous organization behind the model. In attendance at the Relativity Fest session were Mary Mack and Kaylee Walstad, whose acquisition of the EDRM had been announced just a few days before. Michael invited Mary to say a few words about the group’s future direction.

Most important, Mary said, is that the EDRM organization continues its mission to create practical resources to improve e-discovery and information governance. Mary emphasized core values of discussion and collaboration. She also spoke about the importance of creating a common language for legal and IT.

Not quite a year later, the EDRM has 14 active projects and three emerging projects covering a wide spectrum of legal and technical areas. They include perennial standbys like privilege logs and cutting-edge topics like artificial intelligence. Mary and Kaylee have also launched a blog, a webinar series, and a weekly newsletter to help followers stay up to date with EDRM activities.

As I was writing this blog post, I tried and failed to remember my life in e-discovery before the EDRM—even though I started practicing a few years before it was published. The model’s influence is so pervasive that we sometimes take it for granted. The panelists’ reflections gave me a renewed appreciation for the EDRM as framework, resource, and teaching tool.

The Best of Relativity Fest 2020: Our Favorite Commentary