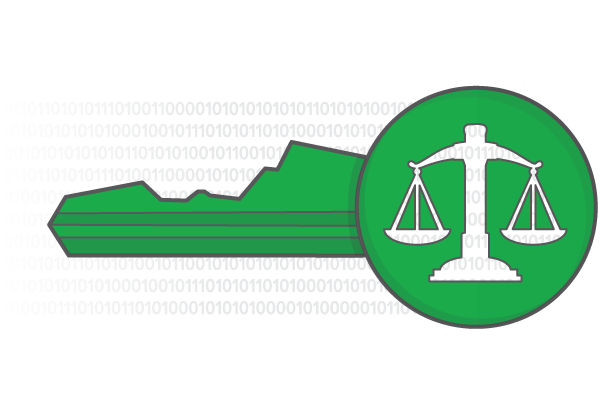 The Association of American Law Schools (AALS) held its Annual Meeting in San Diego January 3-6. With the theme “Access to Justice,” the conference addressed important social issues facing law schools and the nation.

“As law professors and lawyers, we are not social workers, but we are architects of social structure,” said incoming AALS president Wendy Collins Perdue, dean of the University of Richmond School of Law.

Societal issues may have taken center stage, but technology played an important role—even in the opening plenary session on access to justice.

Not surprisingly, the panel had some disheartening statistics on access to justice, with Gulotta noting the United States ranks a dismal 94th of 113 nations surveyed on access to justice, Minow adding that 15-30 percent of legal services lawyers have been laid off over the last eight years, and Justice Goodwyn citing US Department of Justice data indicating that more than half of those qualified for civil legal aid had to be turned away—and that wasn’t even considering the many people who didn’t even know where to go.

“Our US criminal justice system treats you better if you’re rich and guilty than if you’re poor and innocent,” Drinan observed, with Minow adding that the United States is “the most incarcerated state in the history of the planet, and it’s destroying communities.”

Having said that, the panel held out hope for the future. One big reason: technology.

One of the ABA Center for Innovation’s projects is the Distributed Forensic Expert Network Delegating Review (DFENDER) a joint project with the software developer Relativity, where e-discovery software and a network of forensic and legal experts are used to identify wrongful conviction trends.

Other legal technology organizations are pitching in as well.

Gulotta called for the use of technology to address access to justice, envisioning platforms resembling Lyft, OpenTable, and Uber for the law, adding, “Just like taxis, lawyers will be a thing of the past if we don’t embrace technology and access to data.”

In an AALS session later in the day, Gulotta’s request was answered.

In a session presented by the AALS section on Technology, Law & Legal Education, John Mayer, executive director of the Center for Computer Assisted Legal Instruction (CALI) discussed A2J Author (Access to Justice Author), cloud-based software for taking complex legal information from legal forms and presenting it in a straightforward way to self-represented litigants.

“If you want to automate the law, you have to know the law,” said Mayer, noting that with its law school members, CALI conducts applied research and development in computerized legal education, that A2J Author has 100 court forms, and that it's been used over four million times.

Michele Pistone of the Villanova University Charles Widger School of Law, the founding chair of the section on Technology, Law & Legal Education, helped establish the section last year, believing technology training is one of the most important opportunities for legal education today.

“Legal education should be the leader in teaching how to use technology, and we can make the classroom the laboratory,” Pistone said, adding that one method was to “flip the classroom,” where students watch the lecture outside of class and do practice-based learning inside the class.

With support from the Ewing Marion Kauffman Foundation, University of Missouri-Kansas City professor Tony Luppino has started a legal technology laboratory, and Hari Osofsky, the dean of Penn State Law has made legal technology a priority at her law school.

“Whether it's incorporating instructional technology in the classroom, integrating law practice tools into courses and clinics, or incorporating a legal tech course in the curriculum, it is exciting to see how several law schools are stepping up to the challenge,” said Laura Norris, chair-elect of the section and assistant clinical professor at Santa Clara University.

Norris will join US District Judge Xavier Rodriguez, William Hamilton of the University of Florida, David Horrigan of Relativity, Daniel Katz of Chicago-Kent, and Mary Mack of the Association of Certified eDiscovery Specialists (ACEDS) at ALM Legalweek’s Legaltech on January 31, to continue the discussion of legal and technology education.

AALS participants were not limited to the United States. One legal education session had several participants from Australia, including Kathy Laster, professor at Victoria University in Melbourne.

“Thinking like a lawyer has never been more important than in the Virtual Age,” said Laster.

Other panels at the conference considered the practical impact of technology on legal education, including technology in the classroom and the use of email and social media.

Devices in the Classroom

In 2018, it may seem like a given that law students would use digital devices in the classroom, but their use isn’t without controversy.

Susan Freiwald, associate dean at the University of San Francisco School of Law, noted the distractions laptops can create in the classroom, and recommended limiting the use of laptops, at least for first-year law students.

“Research shows that it’s not just the student using the device who is distracted, it’s many of the surrounding students as well.”

Michael Bloom of the University of Michigan Law School, the incoming chair of the AALS Technology, Law & Legal Education section, and founder of the legal education start-up, Praktio, agrees.

“I ban the unlimited use of laptops in the classroom because students begged me to do it,” Bloom said, noting that he requires students to bring laptops to class, but controls when they can be used.

Kenneth Swift of the University of Houston Law Center notes that, in teaching legal research and writing, his students make extensive use of laptops in class, but he, too, controls device use by having an absolute ban on mobile phone use.

However, Darcy Kirk, associate dean at the University of Connecticut School of Law not only allows devices in the classroom, but finds them to be a great teaching tool.

“I like devices in the classroom; they can bring a case to life. For instance, if students are doing a labor and employment case, they can look up whether the person kept the job that was the focus of the matter.”

Moderated by Janet Stearns, dean of students at University of Miami School of Law, a panel on social media and email use on campus provided insight into how law schools are dealing with the changing landscape of digital data.

Joining Stearns were her Miami Law colleague, Jan Jacobowitz, Darren Nealy of The Ohio State University, and Michael Hunter Schwartz, dean of the University of the Pacific McGeorge School of Law.

Schwartz gave a candid account of the highly publicized email controversy during his tenure as dean of the law school at the University of Arkansas.

After Donald Trump’s unexpected win in the 2016 presidential election, Schwartz sent an email to the student body, letting them know counseling services were available for those who were upset by the election results. Schwartz faced the wrath of conservatives, and he resigned as dean at Arkansas before moving to the University of the Pacific.

In an effort to have the AALS community benefit from his email experience, Schwartz gave five tips for email communication:

“Don’t feed the trolls” was Nealy’s social media advice, cautioning attendees not to post information nefarious social media trolls could use against attendees or their institutions.

He also asked attendees to consider the disabled when using social media, noting that—although many platforms have excellent accommodations for the disabled—if you post a photo of a campus flier without a text description, those with sight disabilities won’t be able to get the information.

Miami’s Jacobowitz highlighted some of the legal ethics obligations, noting that Pennsylvania Bar Association Formal Opinion 201-300 provides that competence includes having “a basic knowledge of how social media websites work.”

Of course, when it comes to social media, Jacobowitz offered advice that doesn’t require review of state bar ethics opinions.

“Really smart people do unfortunate things,” Jacobowitz said. “Use the Grandmother Test: Would you want your grandmother to see it?”

During AALS, Ruth Hauswirth of Cooley LLP noted the Internet of Things is becoming ubiquitous.

“The Internet of Things is becoming the internet of everything,” Hauswirth said.

With a new and growing section on Law, Technology, and Legal Education and the new initiatives at its member institutions, it’s clear that the AALS is placing an emphasis on technology and legal education.  AALS speakers noted the importance of having lawyers in the process.

“I don't know how a non-lawyer is going to help a guy in jail,” Justice Goodwyn said. However, Daniel Rodriguez, dean of Northwestern University’s Pritzker School of Law noted, “The market has taught us that we don't need Cadillac JDs to do legal ops or compliance.”

Another approach is to make legal technology part of the bar exam process, according to Karen Sanner of the Saint Louis University School of Law.

For Job-Seeking Law School Students, Technology Is the Answer