Riding a Perfect Storm for Innovation in Australia 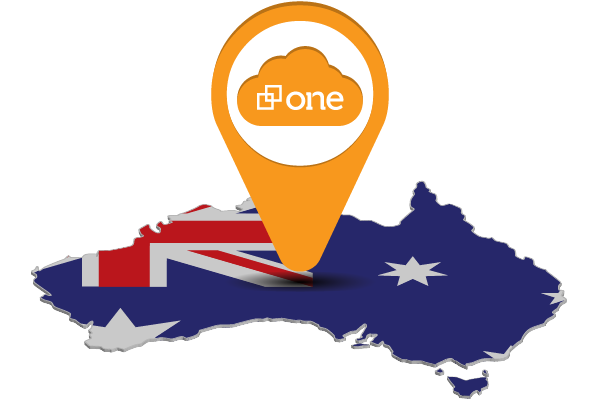 Firms around the world are recognizing the role that Software as a Service (SaaS) tools play in their competitive differentiation, enhancing their value-added services while controlling spend, optimizing security, and giving their teams and clients access to the latest and greatest features on the market.

To support these widespread members of our legal community, RelativityOne has been taking a steady march around the globe. We’ve deployed in data centers not just in North America, but also the UK, Hong Kong, Brazil, and the Netherlands—with more to come.

KordaMentha, an advisory and investment firm with offices throughout Australia, recognized the need to embrace SaaS e-discovery and is leading the way as Australia’s first RelativityOne Certified Partner. We recently talked with Craig Macauley, executive director at KordaMentha, to unpack the opportunities that came with this decision.

A recent article published in The Economist reported that Australia’s economy is “arguably the most successful in the rich world,” one that has “been growing for 27 years without a recession”—a feat that no other country in the world has managed. Additionally, their economy is growing at its fastest pace since 2012.

According to Forrester’s Australia Tech Market Outlook from 2018 to 2019, this fruitful and growing economy is leading to more tech investments, and CIOs and other decision-making executives are starting to analyze their own digital transformation paths. A huge driver behind this transformation involves Australian businesses already using the public cloud: 42 percent are doing so, and a further 27 percent plan to use cloud offerings by the end of 2018—a move that is driving down hardware maintenance spend as well as tech outsourcing.

“Historically, Australia—and the greater Asia Pacific region—has been a bit behind the times when it comes to utilizing technologies like technology-assisted review, analytics, and the cloud,” Craig said. “But that’s changing quite rapidly as more and more corporations are already using the cloud to store their data, and many are looking for more efficient ways to solve their e-discovery and compliance-related problems.”

KordaMentha, however, has been quick to adapt new and more efficient ways to drive value to their clients and revenue for their firm—relying on tools like Relativity Analytics and active learning. By shifting their discovery and compliance operations to the cloud, KordaMentha is taking another leap in spearheading technology adoption throughout the Asia Pacific region.

For KordaMentha, a big driver behind their move to RelativityOne was the possibilities that came with ditching infrastructure management—an area where their firm previously spent significant time performing work while struggling to see its benefits.

“We realized that we were always going to be limited with managing infrastructure, and we couldn’t always push our Relativity investment to the maximum,” Craig said. “Outsourcing infrastructure to the experts is a no-brainer, and it’s the last thing we want to be spending our time on.”

Additionally, KordaMentha wanted to shift their compliance and security measures to be more proactive in the face of potential risks and threats.

“We wanted to be ahead of the curve from a compliance and security standpoint. When managing your own infrastructure, you tend to be reactive,” Craig explained. “With RelativityOne, we have an entire security team with Calder7 who proactively test for vulnerabilities and constantly assess and monitor those aspects. We could never achieve this level of security with our own infrastructure.”

With automated, behind-the-scenes security measures in place, their team can re-shift their focus to finding new revenue-generating opportunities.

What is KordaMentha looking forward to with newly freed-up time and resources? Unlocking the power of unstructured data.

This philosophy is rooted in the question: if you understand the why, what would the result be? Craig explains that it takes a paradigm shift in thinking and provided some color behind the current economic climate in Australia to validate this concept.

“We didn’t really suffer in Australia from the global financial crisis (GFC), unlike the rest of the world where banks had to downsize, reevaluate processes, and introduce new regulations to monitor their work,” he said. “Out of the four big banks in Australia, they all rank in the top 20 globally at the moment. But, what we’ve learned from the recent Royal Commission into the finance sector is that there is an underlying culture built around greed rather than services to clients.”

KordaMentha sees the value of utilizing these insights to build analyses to monitor corporate culture by assessing text and email, instant messages, and other forms of unstructured data that is often overlooked in the e-discovery and compliance processes.

“Maintaining culture is going to be one of the biggest drivers to corporate profitability and success, and using unstructured data is going to be key to benchmarking or measuring success,” Craig added. “Understanding why people do something is much more powerful than the event itself.”

Leveraging RelativityOne will help to refocus KordaMentha’s resources, so they can apply this kind of thinking to help solve their customers’ challenges and position their firm as game-changers in the Asia Pacific region.

As more organizations like KordaMentha come to rely on cloud technology and leverage unique applications to help them work smarter and faster, they’re discovering valuable insights for their businesses that continue to expand their value propositions.

“Relativity shares our vision behind the future of e-discovery in Australia, and throughout the world, and we now have the freedom to drive the tool into directions that not long ago we would never have thought possible,” Craig said.

Kelly Velisek is a member of the marketing team at Relativity, where she specializes in customer advocacy.

The "I" in Legal Tech: One Law Firm's Innovation Playbook

How the Relativity Community is Transforming Businesses for the Future [Videos]

How This Firm Remains at the Forefront of Legal Innovation