4 Tips for Managing Your e-Discovery Team in Galaxies Far, Far Away 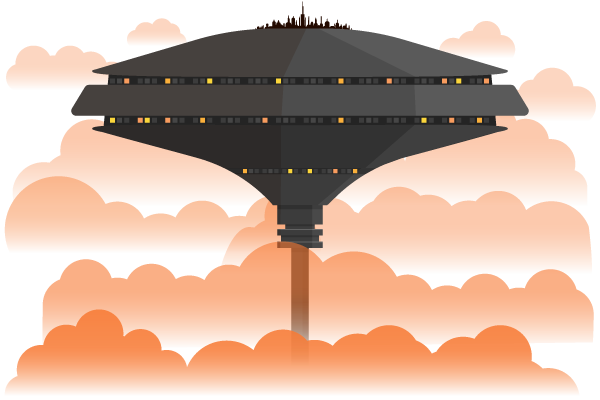 It’s that magical time of year again. For Star Wars super fans, there are few bigger causes for merriment and celebration than the release of a new chapter in the Star Wars saga.

The biggest challenge during the run up to seeing a new Star Wars film is often remaining patient—the excitement and anticipation can sometimes be too much to handle and may short-circuit your productivity. As Star Wars obsessives ourselves, the Relativity training team can identify all too well with this particular struggle—so we were anxious to help.

But how? What if we created a historical timeline of the Star Wars film chronology in Relativity Fact Manager? Could we create an entire fan fiction series based on the Federal Rules of Civil Procedure?

(Okay, so maybe we were a bit overeager. Longtime readers of The Relativity Blog know the training team can come up with some out-there Star Wars-themed e-discovery ideas.)

Then we realized that a like-minded team at FTI Consulting had already nailed it in their recent presentation One Playbook, Any Country: Consistent, Repeatable Workflows Integrating RelativityOne, which they presented at Relativity Fest 2017 and in a recent webinar.

While the official title doesn’t give it away, the session’s theme was “RelativityOne Matters in Galaxies Far, Far Away” and the presenters dove deeply into Star Wars mythology while providing great tips on how to make e-discovery in the cloud more effective.

Let’s look at a few key Star Wars-related insights inspired by our kindred spirits on the FTI Consulting team:

1. Build a diverse team of experts.

Every e-discovery team needs specialists to make the magic happen and get the job done. Like the Rebels teaming up to destroy the Death Star, to execute your global e-discovery strategy your team needs a C-3PO (process-oriented, understands protocol), an R2-D2 (tech-savvy mind who understands how to manipulate systems and find critical data), and a Jedi who sees the big picture and can move things around to accomplish your vision.

2. Understand and plan for regional differences.

Episode 1 of the Star Wars series, The Phantom Menace, was full of narrative exposition, mythological motifs, and bombastic action. But at its core it’s a story about trade tariffs and the conflicts that emerge between cultures, nations, agencies, and federations with competing interpretations of regulations and jurisdictions.

Similarly, when creating a playbook for a global e-discovery offering, you need to do your homework and empower resources who can navigate the nuances of a given market. It’s also critical to ask the right questions to understand the needs of a given market or region, and define the expected results before getting started.

In Episode II: Attack of the Clones, we learn of an army of cloned soldiers being created to protect the galaxy. Why use clones? Because with each trooper identically formed and trained, the leaders of the Galactic Republic could be confident that they would all respond in the same way when sent into war; more differences would introduce more risk and uncertainty.

While Star Wars fans know those plans didn’t quite work out the way they were intended, the wisdom of ensuring a consistent battle plan is something e-discovery organizations should emulate. By making sure your e-discovery tools, systems, and processes work the same way within every region, office, and deployment, it’s much easier for global teams to predict how those systems will perform, and understand how to address issues when they arise.

The most recent film in the saga, The Force Awakens, to many, felt like a retread of the original Star Wars film, A New Hope. While the choice to emulate the iconic first movie invited some criticism, it’s also what helped make The Force Awakens successful. Audiences had a familiarity and comfort level with the themes and narratives that made it easier to embrace new characters, villains, and locations.

To echo that approach as you expand and refine your e-discovery practice, following a repeatable blueprint will make your work product more reusable and easier to support. This might include things like developing a global training program or creating standardized, reusable Relativity templates and system blueprints. All of these repeatable elements should be considered and documented as part of your global playbook.

As illustrated by our friends at FTI, the Star Wars enthusiast can apply much of Lucas’s saga to the practice of e-discovery and how strategy, collaboration, and technology can intersect in our space. Whether you’re planning a trip to see The Last Jedi on the big screen or not, take a lesson from these universal themes as you develop your own global playbook. May the Force be with you!

e-Discovery Star Wars, Episode I: 3 Ways to Secure an Empire