The Latest from Asia: Cloud Is King 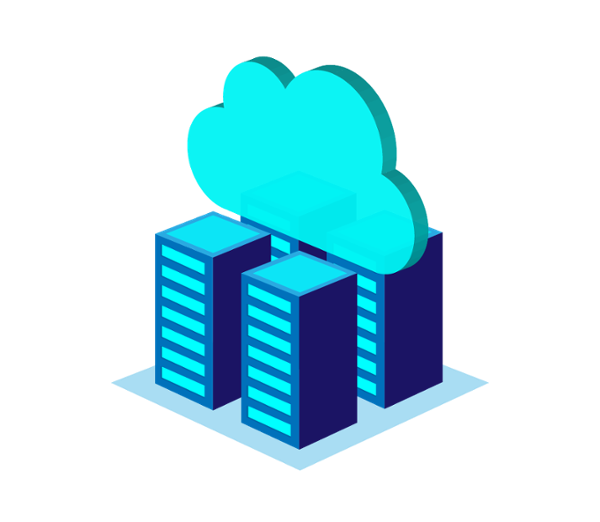 At our inaugural Spotlight: Asia event, which took place in April 2022, Relativity’s Joe Hirasawa, head of APAC sales, moderated a discussion of Relativity partners about the trends and challenges they are seeing in legal technology from their respective countries across Asia.

The panelists hailed from Hong Kong, India, Singapore, and South Korea, and had decades of experience in the legal technology field between them. One theme came up again and again: the cloud is here to stay.

Joe began the discussion by stating the widely held belief that the APAC region was hesitant to move to the cloud. But a lot has changed in the region in the past five years, particularly in Hong Kong and India.

There was a clear trend among all the panelists that cloud adoption has accelerated at a pace they didn’t expect just a few years ago. Undoubtedly, part of that is due to the shift to remote work brought on by the COVID-19 pandemic, which fast-tracked cloud adoption.

“It wasn’t that long ago that many organisations wouldn’t even envisage putting their crown jewels into somebody else’s cloud,” said Steven Wilkinson, head of the regional technology team at the Asia Pacific practice for Control Risks, who is based in Hong Kong.

Amit Jaju, the senior managing director at Ankura Consulting, based in India, agreed.

“The COVID pandemic has rapidly pushed a lot of companies to adopt cloud-based solutions, not just in compliance and risk, but across different areas, including cybersecurity,” he said. “The Indian government is adopting digital technology at a never-before-seen pace. For example, our digital payment infrastructure in India is now number one globally in terms of number of digital payments, and a lot of that is on government-backed platforms and technologies. Most of it is in the cloud.

“I don’t see the pushback that you used to see five years ago when it comes to cloud solutions and clients,” he added.

Steven said he’s seen clients become more tech savvy, with a better understanding of the e-discovery process and a greater appreciation for the benefits of a cloud-based solution.

“I think the biggest change I’ve seen over the last few years is the acceptance of—in fact, the clients are now demanding—analytics to be used in investigations,” Steven said. “That’s something that only a few years ago, to try and get a client to accept that the machine could do things better and more efficiently than a human, was impossible.”

Not so anymore. Now “people expect to be able to use analytics, advanced analytics, continuous active learning as part of their investigations,” Steven added. “For me, it’s absolutely awesome to see that people are so accepting and trust the technology to do what it’s expected to do.”

Why Legal Teams are Turning to the Cloud

All four panelists spoke about the exploding volumes of data being created by organisations in their regions as one of the prime drivers for cloud adoption.

The widespread adoption in the region of Office365, Google, and other cloud offerings have made it much simpler to conduct investigations in cloud solutions like RelativityOne.

“Because of the volumes of data that we’re seeing on a day-to-day basis, even in small investigations, it has to be something like RelativityOne to be able to scale up and meet the objectives that the client is looking for,” said Steven, to nods from the other panelists.

Using a cloud-based solution also takes the onus from the user to provide security around the environment. But the scalability of cloud solutions is also key, so organisations don’t have to worry about the volume of data that they’re running through the system.

“That’s a great calming measure on my mind,” Steven added.

But perhaps equally important is how much more comfortable clients are with the idea of the cloud in the first place.

“The comfort level [with RelativityOne] of counsel all over the world who are involved in these cross-border cases is very strong,” Amit said.

All four panelists agreed that the cloud is a critical tool in handling those cross-border cases, which make up a large percentage of the work in APAC. But Michael spoke of its benefits in terms of cost and time savings on local cases, too.

“Clients say, ‘I want this fast and I want it cost-effective,’ right? With RelativityOne, you can have a robust process, and we can break it into workflows, and because it’s a cloud-based platform, then certain parts of the work component can be done in another lower-cost country,” Amit said. By using a cloud-based platform, teams can manage or reduce costs by leveraging resources around the region. “If you are only using a local team for a local job, then you are restricting yourself if there is more work coming in.”

What the Future Holds for APAC

As the conversation shifted to the future of the cloud in APAC, Joe, as the moderator, mentioned to Michael that the Singapore market is known for being very tech forward.

“I would say it’s not just tech but innovation forward,” Michael said. “That means that we use technology, but also that there is process change. So do what you do, but do it differently and better. It can't be technology in isolation. There must be mindset change, change management, and process changes as a whole.”

Edward Moon, senior advisor at KPMG Korea, predicted a sharp rise in e-discovery and investigation cases in Korea once the COVID-19 pandemic releases its grip on the country.

“In Korea, most e-discovery cases are triggered by international and cross-border cases, so they’re usually coming from the US or the EU,” he said. “And in terms of local e-discovery cases, they are typically triggered by local litigation as well as arbitration and compliance-related cases.”

India’s tech explosion—and the foreign investment that comes with it—shows no signs of slowing down, Amit said. Using a cloud-based solution and, crucially, a solution that’s familiar to teams across borders, is key to handling all the new work.

“India received $64 billion in foreign direct investment just in 2020. And foreign investment companies have to also take care of full compliance and other requirements,” he said. “It helps now when we work with the Indian law firms who are working closely with these global law firms and clients that we have the same workflow that they are used to. We have the same process.”

Harkening back to his directive to “follow the evidence source,” Michael said there is only one direction most evidence sources are moving, and that’s toward the cloud.

“I believe, moving forward in the next five to 10 years, the amount of evidence sources under a cloud-based solution will increase tremendously,” Michael said.

A prescient, and likely, prediction. 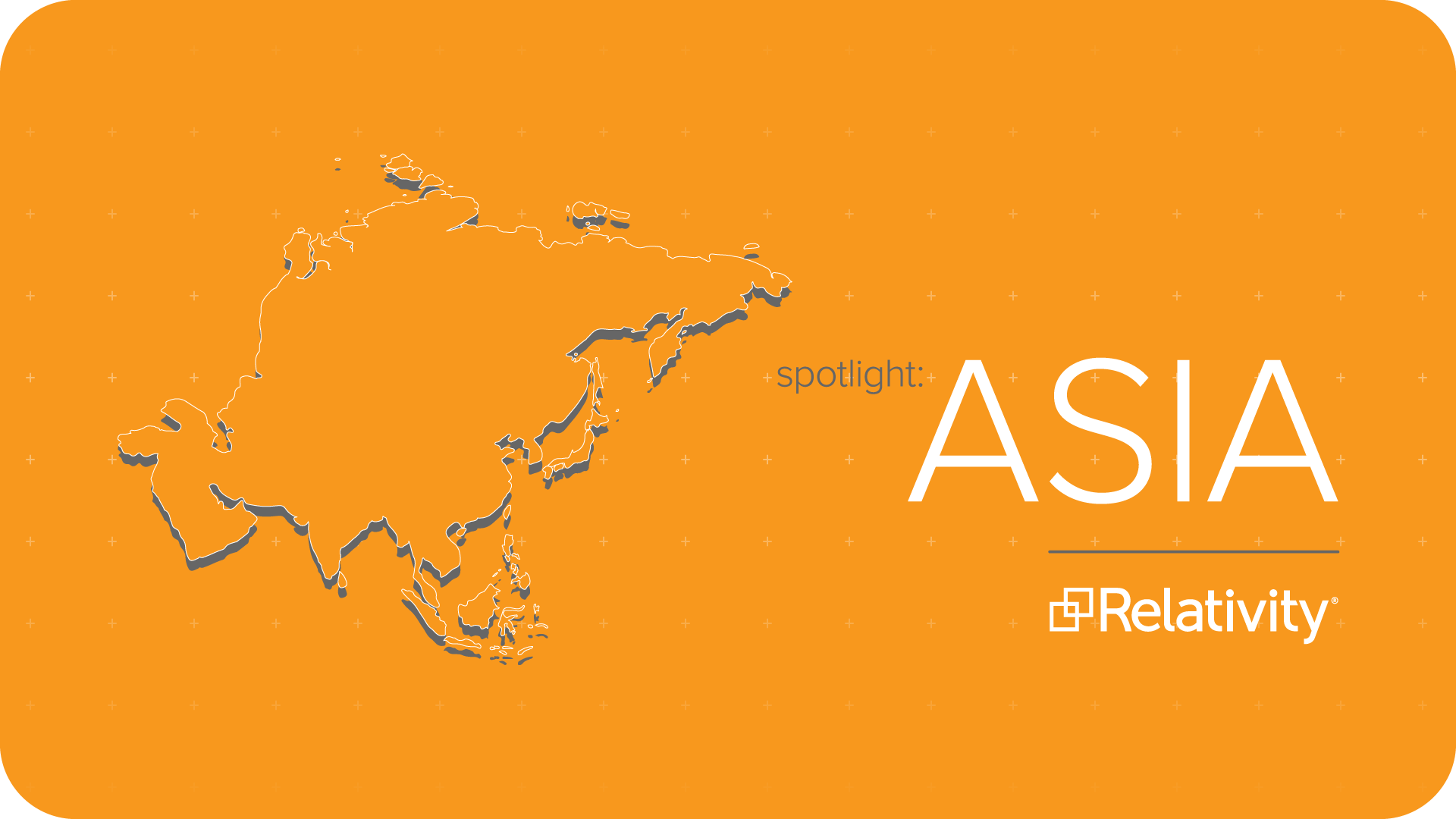 Check out the session recordings from Spotlight: Asia, including a discussion about legal and compliance trends in Asia featuring RTTech's Michael Lew.

David Giambalvo is a senior specialist in field marketing at Relativity.

Meeting the Demand for Legal Tech in Singapore

Dispelling the Myths that Prevent Legal Innovation in Hong Kong

The Outlook from Asia: Sunny with a 100 Percent Chance of Compliance