The Unique Path to e-Discovery: One Engineer's True Story 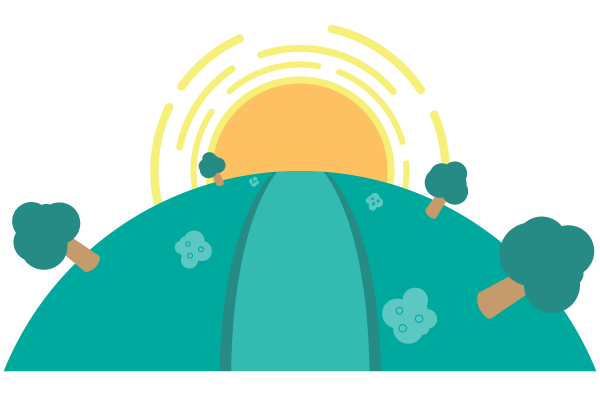 Raise your hand if you ended up in e-discovery by happenstance.

The truth is, most of us didn’t go to school with big plans to join this incredibly niche industry—especially those in the supporting branches of e-discovery, like marketers, HR folks, and software developers. A lot of us just sort of … fell into it.

Faizan Rahman, a software engineer at Relativity, knows this story all too well. As Relativity’s very first apprentice, Faizan went from accountant to front-end developer in a single year. His total career transformation was quick—and anything but easy.

Faizan is one of the many faces behind our software, so we thought we’d try something new today and give him the spotlight on the blog. Read on to learn more about his career swap—and why the challenging journey was worth the reward.

In 2013, Faizan graduated from the University of Illinois-Chicago with a bachelor’s in accounting. After taking a few years to travel and work abroad, he came back home in 2017 ready to start his career. But accounting just didn’t have that ooh-la-la allure anymore.

“I knew some friends who were in accounting work, but they were not happy with it,” he says. “So, I decided to do something else. If it’s for my entire career, I have to do something I enjoy.”

So, Faizan did what anyone looking for a job does. He Googled.

He dived into the depths of the internet looking for a new career that he could feel passionate about and commit to long term. In his searches, the same two words kept popping up: web developer.

“Every website showed the trend that web development is the future and in high demand,” says Faizan. “But I didn’t know if I’d be able to do it because I didn’t have a computer science or web development background.”

Faizan isn’t the first to want to break into software development from a non-traditional background. In fact, the industry is absolutely booming, and there are a ton of online resources to help prospective programmers gain exposure to the field. Faizan enrolled in some basic online courses, including self-led sites like Udacity, Udemy, and freeCodeCamp, and discovered that coding gave him that rush of excitement he had hoped for.

It was definitely something he wanted to pursue, but he knew he’d need some help.

“In order to do this professionally, I knew I would need a structured program where I could actually learn and create projects. That’s when I decided to go to a [coding] boot camp.”

The boot camp in question was called Coding Dojo, an immersive, full-time program that promises to teach students full-stack engineering in just 14 weeks.

Faizan was up for the challenge—and in for quite the ride.

Faizan’s time at boot camp was intense, to say the least. Technically, Coding Dojo’s 14-week program is in session Monday – Friday from 9 a.m. to 5 p.m. Realistically, the days can be much longer, with some spanning into the late evening hours.

For Faizan’s part, he’d consistently put in 12-hour days, then follow that up with weekend work to finish assignments and polish the skills he had learned the week prior.

“I knew that it would be very difficult, but I was mentally prepared before I went to the boot camp,” he says. “[Coding Dojo] openly and clearly says to everyone who’s a potential student that this is not a joke. It’s going to be the most difficult thing you’ve ever been through, and it’s not for everyone. It’s only for people who are willing to put themselves into it and accept the challenge.”

At the end of the 14 weeks, he and eight of his colleagues graduated and, after a two-week break for winter holidays, they entered a week of career readiness training—including an open house with Relativity about a brand-new apprenticeship program.

That’s where it all came together for Faizan. He applied for the gig and in June 2019, started as Relativity’s first-ever apprentice.

Learning & Doing All at Once

Life as an apprentice was a little calmer than life at Coding Dojo, but it wasn’t any less challenging, says Faizan. He learned quickly that being an apprentice doesn’t mean you’re handed throwaway tasks or busy work. He was in the thick of it almost immediately.

“[The role] was challenging for me because I was new, but also because the work I was doing at the time—conversion of static objects using JavaScript—was not done by anyone else on my team or in my department. It was challenging, but I learned a lot,” he says. “I had to learn and do the job at the same time, and if I made any mistakes along the way, my teammates were there to help me.”

One of his teammates, a senior staff engineer in the core UI team named Adam Sorna, pulled double duty as Faizan’s official mentor.

“The mentorship program was one of the coolest things that ever happened in my life because I was not very experienced, and I was nervous because I had never worked at a software company and never designed software for production. Having a mentor was very good for me,” Faizan says. “It was something I had hoped for, and I was really happy because any time I had a question, I had someone to ask that question to. My mentor is very senior and knows about the product deeply and is just a very good guy and wanted to teach me a lot. I was fortunate to have him.”

From Apprentice to Employee

Faizan made it through 10 weeks as an apprentice before being offered a full-time position on the team—an offer he accepted with open arms, in part because of the challenging work. But mostly, because of the team and culture.

“I feel I’m accepted very well at Relativity. The culture of our team, as well as Relativity in general, is extremely nice. People are accepting of the fact that we make mistakes, and everyone is accepting of feedback and ready to make changes based on feedback,” he says. “The culture was the most important point for me in choosing my offer after the apprenticeship.”

Today, Faizan is working on one of our most important initiatives: the new Aero UI. It wasn’t something he envisioned when he started, but he’s happy to roll with the punches.

“My [initial] intention was to find a job as a backend developer, but because of Aero, we needed more people working on UI/UX side of things. It’s not what I was planning, but I feel really lucky to work on it.”

When he looks back at his life before the apprenticeship program and his life today, Faizan says he has no regrets.

Your Body Language in the Courtroom: The Dos and The Don'ts