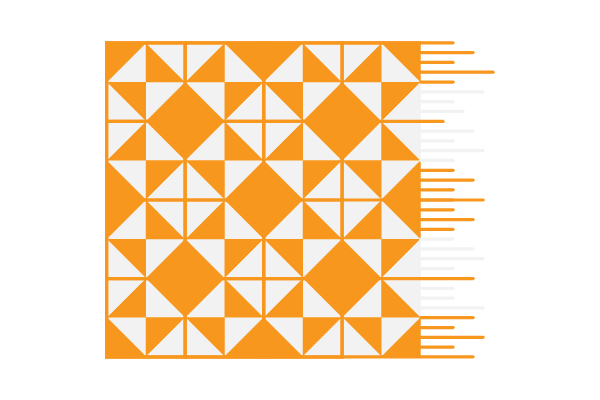 The core premise of e-discovery is simple: it’s about finding the story told by your data. But as pleasant as that sounds, it’s a lot easier said than done.

Between gigantic data volumes, confusing metadata, and a zillion custodians, it’s tricky to pinpoint what happened, how, and why.

At Relativity Fest 2019, Gregory Sullivan, Terrence Laukkanen, and Matt Maslow from Deloitte hosted a session called “When Crisis Looms, Weave the Narrative: Unravelling the Story in Your Matter.” They told a whimsical story—a hybrid of an anonymized real case and the Rumpelstiltskin fairytale—to illustrate the ways you can use a tapestry of technology to discover the holistic story hiding in your data.

Take a look at the session deck in the Relativity Community and follow along to see what they shared.

Gregory opened the session with a simple statement: “The same benefits that make Relativity an essential tool in litigation—cost concerns, big data considerations—are just as important in an investigative setting.”

It’s an important mindset shift that encouraged attendees to see familiar features in a new light.

He went on to name his team’s “Relativity Toolquilt”—the patchwork of features they find most critical in discovering the stories in their cases:

The Deloitte team asserted that using these features in tandem makes it easier for case teams to approach their data from multiple angles, thereby sussing out the narrative it reveals in much less time compared to traditional document review.

Painting a picture for attendees, the team then introduced the “case” they would walk through in their session: the tale of a fictional company called strAU, which successfully earned investors for their invention for spinning straw into gold—but was later accused of insider dealings and product lies by the hedge fund involved. They suspected the technology’s original inventors may have conducted some bad business dealings along the way.

Deloitte Forensic was called on to conduct an independent review of strAU’s date in the interest of investigating these claims. They had only one month to discover the truth and tell the board of directors what happened.

Once a project like this kicks off, there’s only one place to start: collecting the goods. In this case, doing so involved pulling data from all over the world. The team ended up with 10 custodians, with all their backups and shared drives, which ultimately yielded 600,000 documents after initial culling.

Matt noted that search terms can be a viable first step in reducing data sets, but in many investigative settings, it isn’t always a great choice.

“Search terms might be useful for turning a big pile of documents into a small one, but while we had a great idea of what the rough outline of the case would be at this point, we knew that restricting data to known search terms might be overly exclusive,” he said. Put simply, when it comes to the review team, “they don’t know what they don’t know.”

Instead, the team began with Case Dynamics. They added known facts and connected the documents where they could to begin building a high-level timeline of the case.

“Case Dynamics is a Relativity application that provides a central location for collaboration,” Terrence explained. “By tying each fact or event to the source document proving it, an investigative team is able to conduct faster and higher quality fact-checking to kick off the case.”

For the strAU data, the Case Dynamics timeline gave a high-level overview of known events and identified three chronological areas of interest.

These were the first threads the team would tug on to unravel the story.

Step 2: Dig into the Data

To tackle review on this project, Deloitte employed a large team of first-pass reviewers—not all of whom had every insight into the case. Taking advantage of basic review features in Relativity such as custom views (simple for first-pass reviewers, and more detailed for second-level experts) and dashboards helped project managers keep an eye on progress and keep the team on track, with second-level reviewers working right on the heels of the first-pass team.

Meanwhile, Matt explained, the team deployed active learning to “quickly assess the majority of documents as not relevant, allowing investigators to prioritize a tiny group of hot documents.” From there, project managers can batch out documents based on priority as assigned by active learning, as well as the timelines the team already identified as most relevant, and ensure the experts’ eyes were on the most critical data first.

As review progresses, hot documents can be connected to the Case Dynamics timeline to build out a visual representation of the story and add depth to the team’s discoveries over time.

Of course, as with e-discovery, investigative review must leave no stone unturned.

“There are some document groups that need to be reviewed in full, just from known groups of potentially important data types. dtSearch and textual near-duplicate detection helped the team quickly identify those documents, and which ones had critical changes compared to similar documents that might be relevant to the case,” Terrence explained. “You can compare two similar documents in Relativity, to identify things like the way company reduced their sale price in a legal document—which we know happened after a critical event identified in the data. These versions of documents can be tracked along the Case Dynamics timeline, to show how the timeline’s facts are linked to the data in the set.”

This is how modern paper trails are uncovered.

Step 3: Use Communication Analysis to Knit Together the Insights

Some of the most compelling data in an investigative setting is steeped in person-to-person communication. That paper trail is the result of conversations had between people in an organization, and uncovering that source is critical to giving context to the evidence and truly understanding what happened.

Emails are, of course, a major vehicle of that communication—and in any organization today, there are a lot of emails to get through. Search terms and other parameters can help, but again, the investigative team doesn’t know what they don’t know—and surely a ne'er-do-well won’t make discovery easy by speaking explicitly about “fraud” or “deception.”

This is where, for the Deloitte team, communication analysis comes in.

With the help of those dashboards and email thread visualizations, investigators were able to understand how custodians interacted, where communications erupted on key topics at the most critical points in the timeline, and how to find more data to paint a full picture of what went down.

Additional tools can be deployed in tandem with these findings to identify and explore potential rabbit holes.

“Concept searching and keyword expansion then help investigators identify documents that may be relevant to a case where the custodians used codewords to communicate about a potentially nefarious dealing,” Matt went on. “The ‘Find similar documents’ feature then uses concept searching to return documents relevant to something you know is key based not on actual words used, but concepts. Keyword expansion uses similar technology to suggest terms that may be related based on co-occurrence in data.”

In the end, the team was able to discover that the outcome to their case was not unlike the ending to Rumpelstiltskin: no rules or laws were broken and no actual fraud conducted, but honesty and diligence weren’t at the forefront of the inventors’ minds, either.

During the session, and audience member asked the Deloitte team how they justify the costs of using some of these tools to clients who are reluctant to take the leap.

Terrence’s answer was simple: “We find the efficiencies gained by accelerating review and eliminating the need to take other steps help make that argument for us.”

In short, taking a holistic, investigative approach to cases—rather than a tedious, linear one—will help teams discover the truth more quickly and provide a more accurate picture of what happened to clients who need to know what stories their data are telling.

In this field, there’s no better justification than that.

How to Access On-demand CLE Sessions from Relativity Fest

How Case Teams Can Streamline Collections with X1 in RelativityOne

Out of Fashion e-Discovery Practices