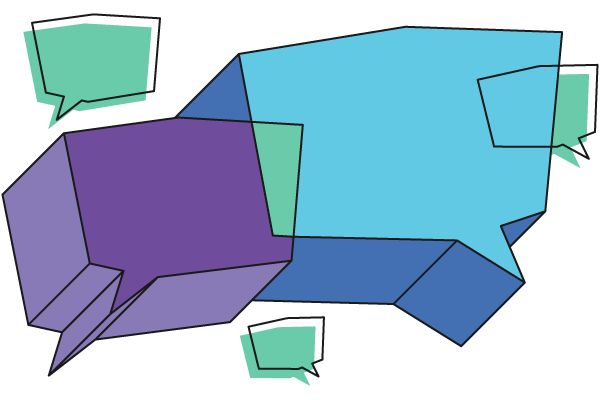 Over the past several years, the transformation of the in-house legal team has been a hot topic. Rising regulatory issues and data privacy requirements are putting new stress on corporations. Companies’ expectations are evolving. And general counsel have new roles and responsibilities.

To learn more about the ever-transforming corporate legal department, we invited four of our customers to a panel discussion at Relativity Fest last year.

A whole lot of consensus on today’s biggest challenges and future disruptors.

Each of our four panelists hail from sizable corporations, so it’s safe to say they’re in the thick of digital disruption and transformation. On the hot seat we had: Alexander Simonenko, senior manager of e-discovery at LinkedIn; Karen Wagshul, e-discovery counsel at Allstate; Niki Finck, senior lead litigation specialist at Under Armour; and Joe Obermaier, e-discovery information governance lead at Broadcom.

Let’s dive in to their three biggest challenges—and where their priorities lie in the future.

When asked about the biggest disruptions they’ve seen in their career, the panel agreed on one answer across the board: short messaging.

“For me, social media—Slack, Jabber, Facebook—in the past two years has been a nightmare,” said Nicki. “We tell people that just because you’re texting, doesn’t mean you can take it off your phone. We can download and back up that iPhone.”

In addition to short messages, Karen and Alexander also agreed that AI and machine learning have been huge game changers.

“AI is such a big trend and I’m excited to see where it’s going to go and how we’re going to deal with it,” said Alexander.

For Karen, AI is certainly exciting, but it does present challenges of its own—like learning how to use it.

“As soon as we practitioners figure out technology, something else comes along. We got the hang of assisted review, and now it’s time for active learning. Finding out the next technology and how to use it is a disruptor in itself.”

For his part, Joe sees short messages as only a piece of the big picture. The explosion—and what he calls “hoarding”—of data is becoming a huge problem.

“We don’t get rid of data anymore, so we just get more and more and more of it. We now measure in terabytes, which we can’t even compare to some common everyday event anymore,” he noted. “That’s a tidal wave that’s coming. The more data we pile on, the more expensive it’s going to be.”

In response to this growth, Joe says his team has learned to reuse their data.

“One of the reasons we went to RelativityOne was to eliminate the number of times we have to go to outside counsel. We’ve developed pre-packaged productions where we can immediately respond to a third party—particularly in our patent litigation where we refer to the same products over and over,” he said.

Wanting to be innovative and actually being able to innovate aren’t always the same thing. And our panelists know that predicament well.

“The biggest challenge is convincing management to invest in technology,” said Alexander. “Attorneys are supposed to have one platform that does everything—but doesn’t cost anything.”

So, what’s the in-house team to do? The panelists agree that being able to tell a story and prove costs savings with “hard” numbers can knock down the investment roadblock. Both Nicki and Joe saw that play out firsthand in their adoption of RelativityOne.

“We didn’t use Relativity [Server]. We jumped right into RelativityOne, as we were making a major push to the cloud,” Joe explained. But even though his company was heading toward cloud, getting buy-in wasn’t easy.

“Hard dollars needed to be shown and quickly, so we came up with ways to do that—no hiring outside counsel, doing more things in house, like removing stale or nearly dead cases from our e-discovery vendors and bringing those in house. We could show the monthly bill that we’re now saving. That was huge,” he said.

Nicki from Under Armour felt similarly about cost savings being a big sell to her team—but security also played a substantial part, especially when it came to running budgets past the executives.

“Since we’re such a lean team, [the legal executive] isn’t in the weeds—he just wants to know what’s being spent. So, we make spreadsheets of the cost-benefit and what we would lose if we had a breach. When he saw the loss, that’s when he started listening,” she said.

Joe had a similar experience, saying: “We had to convince management that Relativity is a market leader and serious and secure. We stressed that security wasn’t part of the program—it was the program.”

Social media, data hoarding, and negotiating buy-in are challenges corporate—and, frankly, all—legal teams are facing today. But what’s coming in the near future? Our panelists had some guesses.

“Everyone is trying to understand where the technology is going and what you can do with it,” said Karen. “For example, take Office 365. If we tell all employees to stop attaching documents and instead use links, we then have to figure out how to review when attachments are no longer related to your emails. It’s something we’re thinking about now, even though we haven’t yet gotten there. It keeps me and my colleagues sitting around being geeks.”

Joe, on the other hand, is keeping close tabs on the evolution of short messages.

“New apps seem to be coming out all the time in offices around the world, and each country has their favorite app,” he observed.

And when it comes to innovating for the future, Joe said he dreams of day when the Internet of Things play well together. “I want to collect from everything without having to jump through different hoops,” he said.

Nicki, meanwhile, had one goal to share: “I’m here to find the evidence. I’d like someone else to innovative, and we just use it,” she said.

What Can You Do?

Based on our panel, it seems there’s a clear consensus on a few of the big challenges and disruptors facing legal teams today. Thankfully, technologists haven’t been asleep at the wheel as things like short messages and data hoarding present a greater problem.

To see what we at Relativity have been creating to combat these challenges, check out What’s New in RelativityOne for the details on features like short message discovery, short message filtering, and RelativityOne Store for secure, long-term data storage. And, as always, if you have any questions, feel free to reach out to our team.

Start Strong: 3 Ways You Can Use Legal Hold & Collect Together