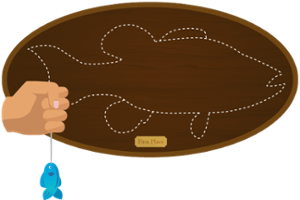 The pre-trial devices that can be used by one party to obtain facts and information about the case from another party in order to assist the party’s preparation for trial.

Although the editors of Black’s Law Dictionary have been more diplomatic in subsequent versions by deleting the reference to discovery being a fishing expedition, lawyers and their responding party clients have complained for years that many e-discovery requests amount to just that.

As we approach the first anniversary of the effective date of the 2015 e-discovery amendments to the Federal Rules of Civil Procedure, the concept of keeping e-discovery proportional to the case in question has gained greater acceptance, and a decision last week in Coast to Coast Eng'g Servs. v. Roop, No. 2-16-cv-00054-DBH (D. Maine Nov. 8, 2016) illustrates that proportionality applies to computer forensic examinations.

One could call the rule here the Mick Jagger Discovery Doctrine. You can’t always get what you want.

Robert Roop was the chief operating officer and a board member of Coast to Coast Engineering Services. After his tenure at Coast to Coast ended, Roop served as president at Lockatong Engineering Inc., a company he founded in 2001.

Things between Roop and his former company went downhill from there.

Coast to Coast noted also that there was already a protective order in place, which the firm believed should negate any confidentiality concerns.

Although the company did argue that there was a direct connection between the computers of Roop and Lockatong to the issues in the case, Coast to Coast based most of its argument for the forensic examination on alleged discrepancies in Roop’s discovery responses. Among these supposedly fishy moments in e-discovery were:

Would these alleged discrepancies be enough to get Coast to Coast the forensic examinations it wanted?

You Can’t Always Get What You Want

Roop argued, among other things, that conducting forensic computer examinations was not proportional e-discovery and that such extensive discovery was “wholly inconsistent” with the parties’ earlier agreement to limit discovery activities and expenses.

In rejecting Coast to Coast’s request for the forensic examinations, US Magistrate Judge John Rich III cited Williams v. Massachusetts Mut. Life Ins. Co., 226 F.R.D. 144 (D. Mass. 2005) for the proposition that forensic examinations should not be granted for the purpose of confirming “highly speculative conjecture” that responsive materials would be found on the computers in question.

Judge Rich noted also that, although inconsistencies or improprieties in discovery responses may justify forensic examination of related computers, there must be a “history of incomplete and inconsistent responses to discovery requests,” citing Jacobson v. Starbucks Coffee Co., No. 05-1338-JTM (D. Kan. Oct. 31, 2006).

In Roop, the court held a forensic examination of the computers was not warranted. Although Judge Rich conceded that he was concerned about Roop’s refusal to execute the affidavit stating that he no longer possessed Coast to Coast’s data, he noted that Roop was under oath during his deposition.

The judge downplayed the discrepancies in Roop’s testimony, noting that Roop’s amending answers with an errata sheet did not constitute discrepancies serious enough to warrant forensics examinations. After all, they have errata sheets for a reason.

“The plaintiff’s submissions fall short of meeting the legal standards necessary for the intrusive relief it seeks,” the court wrote.

Not unlike with Tom Brady’s mobile phone in Deflategate, we have another case with a litigant crushing computer hardware to death. Unlike the NFL quarterback, Robert Roop has—at least for the moment—come out of it unscathed. The story of Roop is one of proportionality in a new era of e-discovery.

It’s worth noting that the court cited case law only from before the 2015 e-discovery amendments to the Federal Rules of Civil Procedure. That’s probably not much of an issue because—although some have questioned whether the new Fed. R. Civ. P. 26(b)(1) will have much of an effect—we don’t know of anyone arguing the new Rule 26(b)(1) calls for less proportionality.

Interestingly enough, although the court’s decision in Roop never mentioned the 2015 amendments or Rule 26(b)(1), Coast to Coast did employ the new six-pronged test for proportionality in Rule 26(b)(1) to make the argument that its request for forensic examination of the computers was proportional to the needs of the case.

The court didn’t buy it.

Does Roop mean you can’t get a forensic examination of an opposing party’s computer? Certainly not. However, what is does mean is that just because an e-discovery technique is available from your tech team doesn’t mean the law will let you use it.

Whether you call it the Mick Jagger Discovery Doctrine or the Roop Rule, the lesson is the same. You can’t always get what you want.

Hollywood, New Orleans, and a Gumbo of e-Discovery Bad Behavior