How Australia is Leading the Way on Legal Innovation 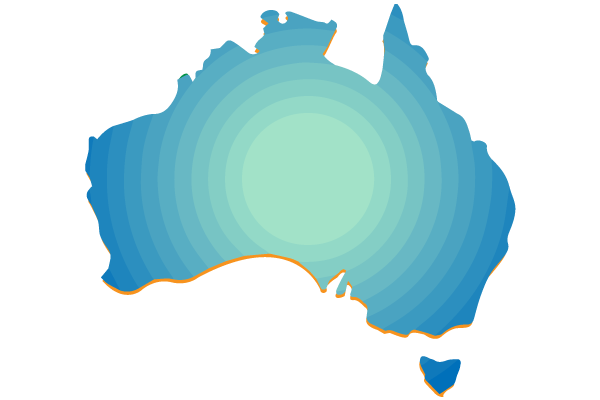 If you attended the Innovation Awards ceremony at the close of Relativity Fest this year or watched online, you might’ve thought to yourself …

Wow, there are a lot of Aussies in this group.

Australian firms and Australian service providers did, indeed, have incredible representation at this year’s awards. Why?

Curious, we chatted with a few of our award participants from this year and dug a little deeper into the current state of things Down Under and what’s driving all this creativity.

Historically, the Australian market has been seen as a few years behind the US when it comes to the use of legal technology. But the times are a-changing, and the Relativity community proved it with the innovations they brought to the stage in Chicago this October.

Increasing tech-savviness is a growing trend in Australia, and it didn’t surprise this year’s participants to see so many local peers involved in the awards.

“Australian ingenuity did not surprise me in the least,” said Anderson Hind, director of technology at Sky Discovery.

Tony Chan, director of development solutions at icourts, concurred: “Not surprising at all. The Australian industry is smaller compared to North America and EMEA, but we are surrounded by talents who are innovative with workflows, services, and pricing models.”

Adrian Agius, legal technologist at Gilbert + Tobin, offered a unique perspective on something that did strike him as surprising during the event.

“The quality of what the Australian Relativity contingent produced didn’t really come as a surprise, particularly given the strength and competitiveness of our e-discovery market,” he concurred. “What was surprising, however, was the ability of these teams to produce these products during a particularly busy couple of years. In Australia, 2018 saw an unprecedented amount of work,” he explained. That means the apps shown “were a true reflection of an innovative mindset and capable teams who needed to grapple with new challenges, fast.”

That insight puts an interesting lens overtop the many impressive apps we saw during the show (check out a recording of the event here, if you missed it)—especially for the two Australian winners: icourts (Best Innovation: Service Provider) and Clayton Utz (Best Innovation: Community Choice).

“The Australian market is relatively small compared to the US market, but we experience the same data growth as the rest of the world. Furthermore, the recent Royal Commission has put financial institutions on notice to understand and act smarter with their data and processes they need to undertake and respond,” explained Tony. “This is driving a change into the behavior and attitude toward innovation.”

And there’s plenty of data to support the notion that the Australian market is growing rapidly.

“The e-discovery market is expecting a 10-15 percent CAGR for the next 10 years, with Australia and the rest of Asia Pac projected to be the fastest-growing marketing during this period,” Tony noted.

There’s no arguing against any and every viable way to work more efficiently under this kind of pressure.

Such pressure, for adaptable teams, is a healthy way to up-level their offering, adopt new best practices, and deliver solutions to solve repeat challenges.

“We simply do not have the size and scale of our international counterparts—but at the same time need to compete with them. Collectively, we are going through a period of change, where we grapple with concepts like the scalability and evolution of our legal technology services,” said Adrian. “It requires the use of technology, clever people, and alternative ways of working—all of which contribute significantly to an innovative mindset.”

There’s more to innovation than simple necessity. As Adrian alluded, it also takes a particular mindset to create something new from an existing platform like Relativity—and Australian minds are fertile soil for that attitude.

“We live in a country where we educate a lot of clever people, but due to Australia’s relatively small population and economy, we commonly don’t have the same access to infrastructure and resources as other larger countries do,” Anderson said. “To remain relevant, we innovate with what we do have access to. Therefore, Australians are more comfortable with innovating.”

He went on: “At Sky Discovery, we are fortunate to work with a team who is passionate about what they do. They’re excited to propose a better workflow, a new solution to an old problem, a better way of doing things. I’m optimistic enough to think that other companies are motivated by passion and a want to innovate as opposed to a need.”

Asked what makes the Australian e-discovery market unique, Adrian said: “No doubt the close proximity in which we all operate. Over time it is easy to develop friendships with people in industry without ever having worked with them directly. Equally, I’ve held numerous roles where I work with the same people again and again,” he explained.

It seems this combination of attitudes—work with what you’ve got, and help your neighbor do the same—has been as healthy a driver for innovation as simple necessity triggered by market growth.

Advice from the Trenches

Legal teams around the world can learn a thing or two by observing how these factors have contributed to such a dominant presence of Australian players in the legal innovation game. But what do our Australian Innovation Awards participants and winners want to share, specifically, with the global community?

As it turns out, a lot of universally helpful advice.

“Matters are getting bigger, time pressures are greater—and the role of the legal technologist is paramount to the successful delivery of a matter,” Adrian advised. “Do not underestimate the power of technology to transform the way you deliver law.”

“Don’t be afraid to question the status quo. Talk to your current provider and if the answer is not satisfactory, talk to other providers around the world,” Tony said. “Innovation is happening around the world.”

Anderson directed his advice at leaders in the e-discovery and legal space: “There are a lot of incredibly smart people out there working in your teams at the moment. Encourage them to look at better ways to solve problems,” he suggested. “Let them prove to you that there is a better way to do something. Give people time to play with new toys. Accept a spectacular fail once in a while, but make sure it’s a soft landing for all.”

Gearing Up for the Next Wave of e-Discovery: An Innovative Approach

Innovating When the Law Fails to Keep Pace with Change