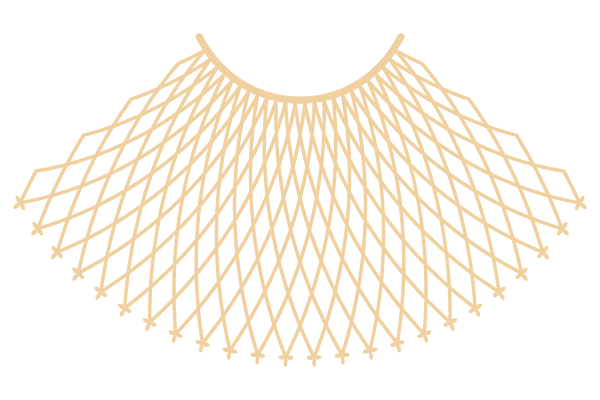 Political opinions aside, there’s no doubt Ruth Bader Ginsburg is a modern day legal icon. Not only has she earned a reputation as a serious jurist standing up for her interpretation of the law, she’s also been transformed into a pop culture icon, acquiring the nickname “Notorious RBG,” while becoming a symbol of the feminist movement.

RBG, directed by Betsy West and Julie Cohen, a documentary about Justice Ginsburg’s life and career, recently hit theaters with a positive response from critics and moviegoers. While you may or may not agree with her point of view, there are many life and legal lessons we can glean from Justice Ginsburg. Check out these insights inspired by the film.

1. Stand up for what you believe.

Justice Ginsburg has found herself in the minority many times throughout her life and legal career, often having to defend her point of view in front of critics. As one of few female students at Columbia Law School, she became the first woman to be on two major law reviews.

Growing up in a time when “the study of law was unusual for women” provided her an opportunity to make waves in the fight for equality. However, her views are not universally liberal. For instance, she called Colin Kaepernick’s National Anthem protests, “dumb and disrespectful.” Nevertheless, her early life experience shaped her perspective and her jurisprudence on the Supreme Court. Here are some of the more significant legal decions in which she has played a prominent role:

Use This Insight at Work: It isn’t easy to be the only advocate for a cause, even when that cause is as simple as a workflow change. Still, being an influential voice will have a lasting impact on your team, clients, and career. Use these tips to evangelize “in a way that will lead others to join you.”

“Fight for the things that you care about, but do it in a way that will lead others to join you.” – Justice Ginsburg

2. See people for more than their opinions.

Of course, standing up for what you believe in can cause tension with those who disagree with you—but that doesn’t mean hostility must become the norm between adults who see things differently.

There’s something to be said about Justice Ginsburg’s relationship with Justice Scalia. Though their positions on the cases they heard were often quite opposite, the pair was able to look beyond their differences and maintain a warm friendship. For example, despite their differing ideologies and interpretations of the law, the two found common ground in their love of the opera. They had a deep and mutual respect for one another.

There’s much to learn from this friendship: by putting aside things that divide us and finding common ground, we can make the world a happier place.

Use This Insight at Work: Put yourself in your coworkers’ perspectives more often. They may be resistant to your ideas—so focus on why. What are their priorities? Their concerns? Their goals? Learning to speak the same language as your teammates makes for a more comfortable work environment as well as an easier road for innovation.

“What's not to like—except her views on the law?” – Antonin Scalia

3. Surround yourself with people who support you.

To reach any sort of goal we must surround ourselves with those who support our dream. After all, no man is an island.

Justice Ginsburg’s husband Martin “Marty” Ginsburg was known as her secret weapon for his unwavering support of his wife. While vastly different, the two complemented each other exceptionally well and shared a progressive view on home life for their generation.

Marty viewed her work as of equal importance to his own. When they first met, Justice Ginsburg said, “he was the only one who really cared that I had a brain.” They often spoke about sharing home responsibilities, which allowed Justice Ginsburg to focus on her career and follow her passions.

Use This Insight at Work: This one seems easy, but it isn’t. All work and no life makes John a sad employee. Make sure you get plenty of recharging time in at home and with your family. Take some time to unwind with your favorite hobbies. And, whenever possible, make your work environment a little cozier.

“If you have a caring life partner, you help the other person when that person needs it. I had a life partner who thought my work was as important as his, and I think that made all the difference for me.” – Justice Ginsburg

Change doesn’t happen overnight. Despite graduating from law school at the top of her class, Justice Ginsburg had a difficult time finding employment—largely due to her gender. Eventually, she landed a job and started her legal career as law clerk. She continued to advocate for what she believed in, and co-founded the Women’s Right’s Project as a part of the American Civil Liberties Union.

From there, Justice Ginsburg started to use litigation to advocate for women’s rights. She argued and won several landmark cases including Frontiero v. Richardson and Weinberger v. Wiesenfeld, big wins for the civil rights and feminist movements. She would go on to be a part of a few major Supreme Court decisions, often expressing her desire to make society a more equal place in her eyes.

Many highly successful professionals in any field have a similar story: a long, slow start to what would become an influential and memorable career. The point is that gradual growth is still growth—and before long, it’ll pick up.

Use This Tip at Work: Keep your chin up. Even if it seems like progress is slower than watching paint dry, don’t give up on your ideas. Stay abreast of what’s happening across the industry to make a better case for change on your team, and take a look at how other professionals are innovating for ongoing inspiration.

“I do think that being the second [female Supreme Court Justice] is wonderful, because it is a sign that being a woman in a place of importance is no longer extraordinary.” – Justice Ginsburg

Liz Lieberman is a member of the product marketing team at Relativity, working closely with the product teams to understand customer needs and strengthen the platform.