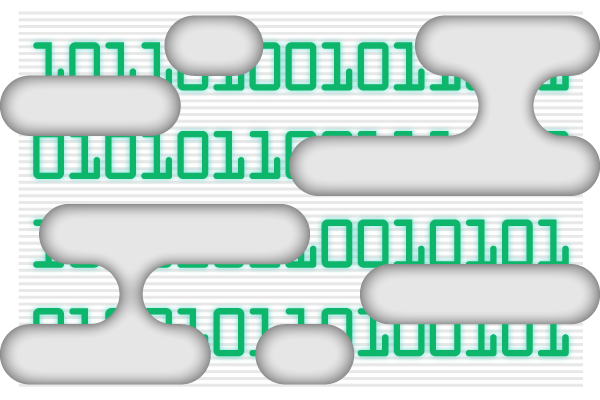 What kind of bad behavior could inspire a federal judge to write a 256-page sanctions order?

Over the years, we’ve examined all sorts of ire-inspiring mischief by lawyers and their clients. Whether it’s littering your appellate brief with so many pejorative adjectives you could make a thesaurus blush; a client blaming the “girls” who worked for him for discovery failures—when one of those “girls” was his daughter; or a lawyer whose computer technician drilled holes in defective hard drives to preserve client confidentiality—even when those hard drives contained responsive data—litigants and their lawyers have oft prompted judges to levy sanctions.

And let’s not forget the celebrities. Denver radio personality David Mueller was sanctioned while suing the pop star Taylor Swift after claiming he spilled coffee on his MacBook, failed to have the Apple Store preserve it, and had another hard drive die mysteriously. Of course, we would be remiss in not mentioning NFL quarterback Tom Brady’s destruction of his mobile phone in Deflategate and Deflategate on appeal.

Still, none of these misadventures resulted in a 256-page sanctions order.

But your wait for such a novel of nefarious non-compliance is over.

In a case he described as “a series of missteps, misdeeds, and misrepresentations” that left litigants and their former defense counsel “looking down the barrel of a sanctions motion Howitzer,” U.S. District Judge Iain Johnston issued just such a treatise of a sanctions order in DR Distributors, LLC v. 21st Century Smoking, Inc., No. 12-CV-50324 (N.D. Ill. Jan. 19, 2021).

It’s a tale of e-cigarettes meet e-discovery, and the outcome isn’t pretty.

The smoking legal gunfight at which Judge Johnston’s legal Howitzer was aimed was not the traditional smoking litigation with Big Tobacco where fortunes were made and law schools named. No, this legal skirmish was over the naming of electronic cigarettes.

e-Cigarettes, battery-powered devices that heat liquid into a smokable form, have become increasingly popular over the years, and that popularity continues to grow: A report released last month by research firm Facts and Factors indicated that the global e-cigarette market, estimated at $14 billion in 2019, would increase to $45 billion by 2026.

Although still much smaller than the global tobacco market, which Grand View Research estimated to be $932.1 billion in 2020, the e-cigarette market is growing at a much faster rate.

In 2021, e-cigarettes are where the action is—and that includes civil actions.

Not unlike their Big Tobacco brethren, the e-cigarette industry has been beleaguered by health concerns, and litigation has ensued. As Keelin Kavanaugh and Christopher Gismondi of DLA Piper have noted, since 2018, litigation against e-cigarette companies, most notably JUUL Labs, has exploded into hundreds of cases.

However, the litigation in Judge Johnston’s court wasn’t over nicotine levels or alleged marketing to kids. It’s over the naming of e-cigarettes.

DR Distributors sued 21st Century—and 21st Century counterclaimed against DR Distributors—with each side claiming, among other things, trademark infringement and unfair competition, in violation of the federal Trademark Act of 1946, 15 U.S.C. § 1051 et seq., known commonly as the Lanham Act.

However, the dispute over the names and the finer points of trademark law were not the central topics of Judge Johnston’s 256-page Memorandum Opinion and Order.

It was yet another tale of e-discovery spoliation and sanctions.

Brent Duke, an economics graduate of Stanford University, served as president of 21st Century Smoking. Duke’s technical knowledge—not of economics, but the technology of e-discovery, such as metadata and native productions—became an important issue in the discovery dispute. Not only that, his lawyers’ lack of knowledge of the basics of web-based email came into play.

More importantly, Brent Duke’s candor—or alleged lack thereof—with the court and his own counsel became key in triggering the treatise by Judge Johnston.

As is the case with many litigants in 21st Century e-discovery, 21st Century Smoking’s president had data in multiple places, including Yahoo! email, Yahoo! chat, and GoDaddy email.

Of course, having a veritable cornucopia of data in various venues is no problem for the sophisticated e-discovery practitioner. Legal teams of attorneys, paralegals, and technologists deal with these challenges every day. They initiate legal holds, conduct in-depth interviews with data custodians, develop data maps, and use the tools of the trade to ensure compliance with legal obligations in e-discovery.

These best practices didn’t happen in the gunfight at the e-cigarette corral.

At an early status conference, Judge Johnston asked counsel if holds had been issued. No one bothered to tell him that defense counsel had issued no written legal holds to Duke.

Back to Duke’s GoDaddy email account, Duke failed to disclose its existence to his own lawyers. Of course, his lawyers weren’t off the hook either. Their apparent lack of knowledge that web-based email and chats are held online and not on local servers became a spoliation factor.

Also, the lawyers’ failure to instruct Duke to disable auto-delete features resulted in even more destruction of evidence, as the GoDaddy email account deleted emails automatically.

Although Judge Johnston refrained from using the “nuclear option” of throwing out the Duke/21st Century Smoking Counterclaim, he didn’t go easy on them.

Writing that the sanctions were intended to make DR Distributors whole and serve as a deterrent to such conduct in the future, Judge Johnston issued sanctions—including issue preclusion, adverse inferences, and reimbursing DR Distributors for its reasonable attorney fees and costs in addressing the discovery abuse, which Judge Johnston noted “will likely exceed seven figures.” He ordered that the sanctions be paid 50 percent by Duke and 50 percent by the lawyers.

At Relativity Legal Education, we like to consider continuing legal education (CLE) a blessing, not a curse. However, we should note also that the sanctions included an order that certain lawyers in the case complete at least eight hours of CLE on electronically stored information—in addition to certifying that they had read Judge Johnston’s order. All 256 pages of it.

Is 21st Century Smoking the most egregious example of bad behavior in e-discovery? Absolutely not.

In addition to the cases cited in this post that featured various degrees of misbehavior, check out the 2020 Relativity Fest Judicial Panel, where Judge Conti gives an in-depth description of the spoliation of evidence in WeRide v. Huang.

In addition, if you take a trip back to our 2017 Legal Year in Review, the overwriting of a laptop’s hard drive by copying the Program Files folder more than 100 times and backdating of its internal clock in Organik Kimya, San. ve Tic. A.S. v. ITC makes the antics of Brad Duke seem sophomorically quaint.

So why a 256-page memorandum and order?

Some might call it overkill. Even Judge Johnston conceded that his practice of active case management was “perhaps hyperactive.” However, in Judge Johnston’s defense, he’s provided a public educational service here.

If there is ever a law school class, paralegal program, or technology training where someone needs to learn about what can happen when you spoliate evidence in discovery, Judge Johnston’s treatise can serve as an educational asset.

Finally—and perhaps most importantly—Judge Johnston’s treatise can serve as an educational asset for clients.

That part about the client being on the hook for the seven-figure sanction should get their attention.